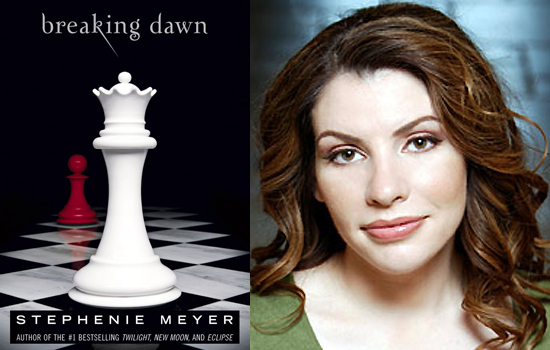 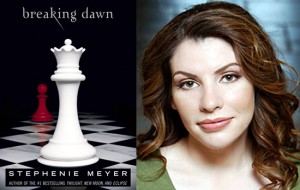 Dedicated fans of the Twilight Saga have been camping-out in downtown Los Angeles in front of the Nokia theater at L.A. Live since Wednesday, November 9, to await the world premiere of ‘Breaking Dawn, Part 1 happening Monday, November 14th!

Then they will get to see their favorite stars arriving down the red carpet. Kristen Stewart (Bella), Robert Pattison (Edward), Taylor Lautner (Jacob) are the on-screen favorites. But, off-screen is another fan favorite, Stephenie Meyer. She’s the woman that created the series of books that soon turned into a world-wide sensation.

Meyer visited fans earlier today to personally hand fans pre-signed copies of her book “Breaking Dawn”. She also said that fans got “little magic gold stickers” that would permit them to attend the world premiere and the after party. She also said that she was pleasantly surprised how nice fans were allowing each other to grab a photo with her.

Meyer said that she is very excited to see the movie again tomorrow night and thinks that people will really like this one.