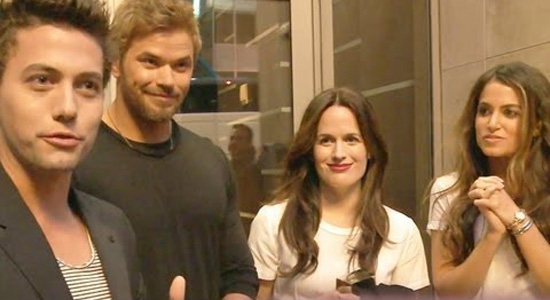 Fans of The Twilight Saga franchise waiting in line for days leading up to the sold-out “The Twilight Saga: Breaking Dawn,Part 2” in San Diego at this year’s Comic Con. What fans didn’t expect was a surprise visit from some of the cast members in the Twilight film series that included Kellan Lutz, Nikki Reed and Maggie Grace. Writer of the books that started it all, Stephenie Meyer was also there! Our video of the cast signing autographs for fans at the premiere of “Twilight Breaking Dawn, Part 1” in downtown Los Angeles!

Complete Coverage of THE TWILIGHT SAGA