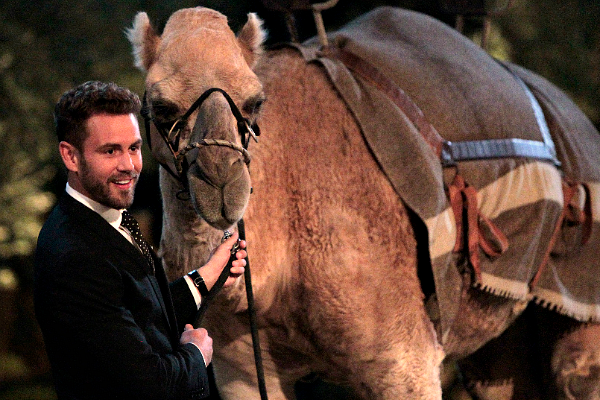 No one was more surprised that Nick Viall was going to be this season’s “The Bachelor” than Nick Viall himself. Nick started out as the villain in Andi Dorfman’s “The Bachelorette” season. Then made himself look even worse when he called out their love-making on national television in front of Andi’s fiancee at the time, Josh Murray.

Then, Nick got a second chance on Kaitlyn Bristowe’s season. This time, coming-in partially after her season had started, he was the guy all the other guys hated. He quickly became known as “the other guy” by Kaitlyn’s soon-to-be fiancee Shawn Booth. Nick didn’t win-over the hearts of either Andi nor Kaitlyn. He in fact got so close, being the runner-up in both seasons, yet rejected both times just moments before proposing.

Nick got yet a third chance over the summer on “Bachelor in Paradise.” This is where Nick’s luck with love did not change, but where viewers finally got to know him more as a person, and for most, got to like him.

ABC’s Season 21 of “The Bachelor” is all Nick’s for the taking! His fourth try at love is where he’ll be calling the shots as “The Bachelor”. Nick said he believes that “If you don’t give up on love, eventually one day you’ll find it.” Nick may very well be the epitome of hopeless romantic.

Nick’s reaction on being selected as this season’s “The Bachelor” – “I know! I’m as surprised as you are!”

He also stated, “I’m the Bachelor and I hope I don’t fuck it up!” He has doubts that he might be the first Bachelor to get dumped given his past track record. 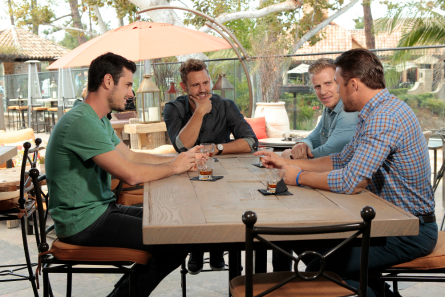 Previous Bachelors came to the aid of Nick to advise him on his season. Past Bachelors Sean Lowe, Chris Soules, and last season’s Ben Higgins had a group pow wow with Nick to get him prepared for what he is undertaking.

Sean stated that they all said that they actually like Nick, although there are a lot of people (viewers) who don’t like him. Nick responded that he did win a lot of people over during his time on spin-off show “Bachelor in Paradise” last season. He said it was on that show where viewers got to know him.

Nick’s wish is to be where Sean Lowe is. We assume he means married with a kid. Ben gave Nick some helpful advice when he told him “don’t change who you are for this.” Ben also warned Nick that being “The Bachelor” will be tough and life-changing. “Trust yourself. Be Nick” Ben added. Chris quickly warned, “don’t fall in love with two women!” Like Ben so infamously did. Ben did not appreciate the reminder.

Nick said his biggest fear is getting his heart-broken again. He of course, hopes not to be rejected for the fourth time.

ALL 30 WOMEN In Order of Arrival HERE! 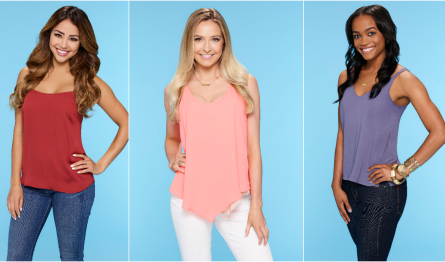 Before the grand night where Nick is to meet all of the women, 30 this season, “The Bachelor” show featured a hand full of them with brief video packages in their hometowns to showcase their lifestyles, personalities and beliefs.

Rachel Lindsey is a 31-year-old attorney living in Dallas, Texas. She said she doesn’t believe in love at first sight and is ready to start a family.

Danielle Lombart (27) is a nail salon business owner. In fact, she owns three nail salons, and as viewers will see, loves showing cleavage.

Vanessa is one hundred percent Italian and not only speaks Italian, but also speaks French and English. She’s a special needs teacher which she said is “one of the most rewarding jobs.” Vanessa feels that she is meant to be a teacher and a mom.

Raven Gates is a small-town boutique business owner in Hoxie, Arkansas. The town is so small, Raven said all they have is family, faith and football.

Corrine is from Miami where she lives and works with her family running her Dad’s multi-million dollar business. Corrine has a “nanny”, Raquel, waiting on her hand-and-foot and plans to bring her along when she moves from her parent’s home.
Corrine is attracted to Nick because, “Nick says and does what he feels just like I do.” She thinks they’ll have beautiful babies.

Alexis is from Secaucus, New Jersey. Her motto is life is short, just have fun with it. She’s obsessed with dolphins and is an aspiring dolphin trainer.

Daneille (30) works as a neonatal nurse in Tennessee. She likes Nick’s strong confidence.

Taylor (23) is a mental health counselor. Taylor recently graduated with a Master’s from John Hopkins University.

Elizabeth (Liz) who’s 29, is from Las Vegas and has met Nick before. She was Jade’s Maid of Honor at Jade and Tanner’s wedding where she met Nick. Jade was on Chris Soules’ season, and Tanner was on Kaitlyn’s season. They met each other on “Bachelor in Paradise” where they got engaged. Liz admitted to having sex with Nick. She didn’t want to give Nick her phone number back then and thinks that Nick won’t remember who she is. “I’m excited to take the risk,” she said.

Next, is the arrival of all the women via limousines presenting themselves to Nick with a witty comment or visual cue to ensure Nick will remember them. Those cues ranged from maple syrup to a camel!

Amongst the sea of women who flowed in wearing red gowns, was Alexis who showed-up in a “dolphin” costume which looked like a shark. She quickly got the nick-name “dolphin shark lady”.

Alexis kept making dolphin calls and tried to convince everyone that her costume was a dolphin one, not a shark.

Nick thanked the women for being there and told them that when he thinks about “finding the one. It’s someone with a strong personality and feels empowered and someone’s who truly my partner.” He said he wants them to feel as “empowered as possible” during the journey and wants them to make the experience as normal as possible in an abnormal world. If they do that, they’ll have no regrets, Nick stated.

Rachel from Dallas, Texas captured Nick’s attention with her beauty and smarts. The fact that she practices civil defense litigation doesn’t hurt either. Nick said she’s the type of woman he could see himself with and the type of woman he’s looking for. There seems to be a pattern here. Nick also fell for Andi Dorfman who is also an attorney.

In the midst of ogling Danielle L’s dress (showing tons of cleavage) that her sister picked-out, (Nick stated “thank you to your sister”) in waltzed host Chris Harrison with the First Impression Rose that he set down on the table in front of a group of women. 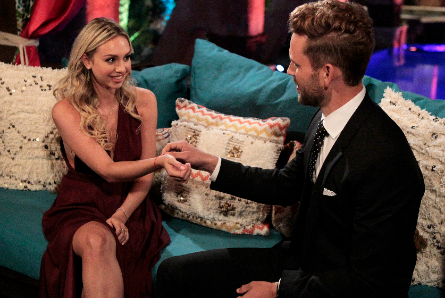 Just as Nick was getting to know Vanessa who really wanted Nick to kiss her, Corrine interrupted to steal more time with Nick and a kiss. Nick responded that “it was a strong move” and “it didn’t feel totally comfortable.”

Liz remained low-key and didn’t tell anyone (except TV viewers) that she got to kiss Nick (and do a lot more) nine months ago! But, of course she’s not telling the women that and wasn’t aware that Nick indeed remembered her. 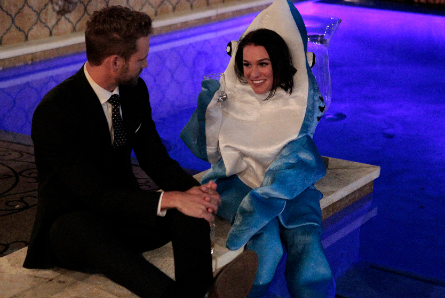 Alexis told Nick that she loves the Miami dolphins. Nick gestured to her costume, “you know this is a shark!” Alexis commanded, “no, it’s a dolphin!” Then she wanted to take the costume off. Nick told her if she takes the costume off, she’ll ensure that she’s going home. No, joking! 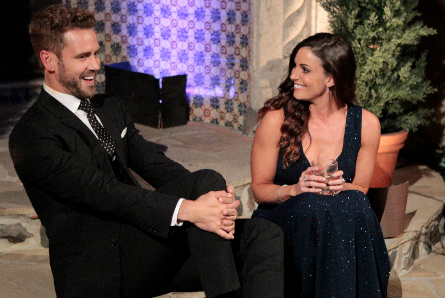 When Nick confronted Liz that he met her before she was seriously surprised. Liz told him she didn’t think Nick would remember. She told him she didn’t want him to think that she’s there because he’s the Bachelor. Nick responded, “I remember being very intrigued by you at the wedding. We had such a wild and crazy night.” Then he brought up that when he asked for her number, she didn’t want to to give it to him. He said “why haven’t I heard from her. It’s been nine months…my number is very easy to get for you. Jade has my number.” Liz said after watching “Bachelor in Paradise” that Nick seemed really self-aware and different from what she thought. Nick responded that she still had a stereotype of him even after they met at the wedding. This seemed dis-concerning to Nick and wasn’t looking so good for Liz.

The girls were still debating over who would end-up getting the First Impression Rose while Nick was still trying to work his way through talking to all thirty women. Vanessa admitted to hating flowers, but would love to get that First Impression Rose. Then Nick walked-up to Rachel to present her with the rose. Vanessa was disappointed since there was chemistry between her and Nick. 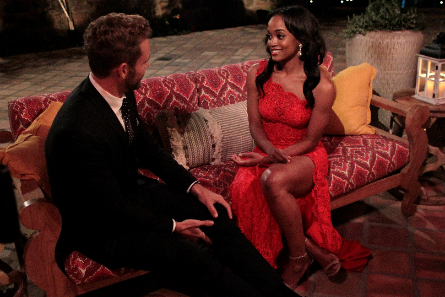 Nick told Rachel that “from the first moment I met you, you stood out. Even the limo exit.” He said he was taken by her aura, and presence. He said it was so easy to talk to her. “It seemed so obvious to me that your’e the person I absolutely want to give this to.” Then he gave her a nice kiss. Awe! So sweet! Rachel was the first person Nick got to ask “will you accept this rose?” Of course she said “yes!” Rachel was giddy with the possibility of a future engagement ring from Nick.

Next, Nick was forced with the daunting task of handing out his first round of roses which would in effect, send some girls home.

Updated: January 2, 2017, 11 pm
By the end of the first Rose Ceremony, twenty-two women remained while eight went home. The very last rose went to Nick’s one-night-stand, Liz. He made her wait until the very end. Nick explained why he didn’t acknowledge Liz right away when she got out of the limo on “Jimmy Kimmel Late Night.” He said he wasn’t 100 percent sure it was Liz and wanted to save himself the embarrassment in case it wasn’t. But, by the time she was walking away from him going into the house, he knew it was her. 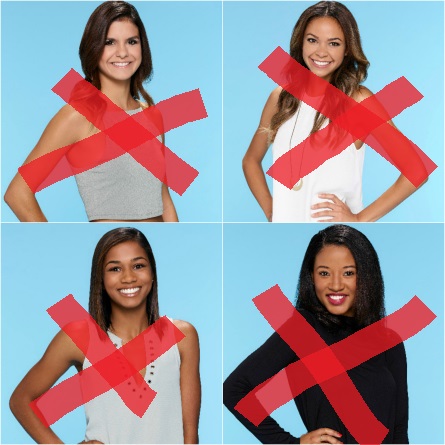 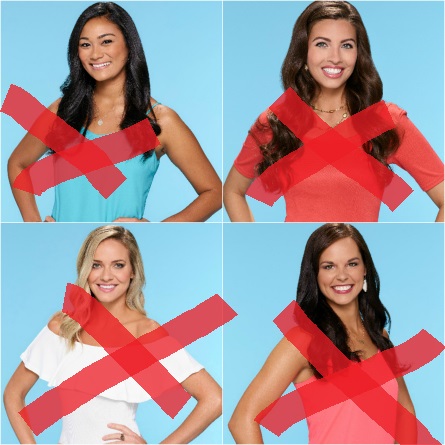