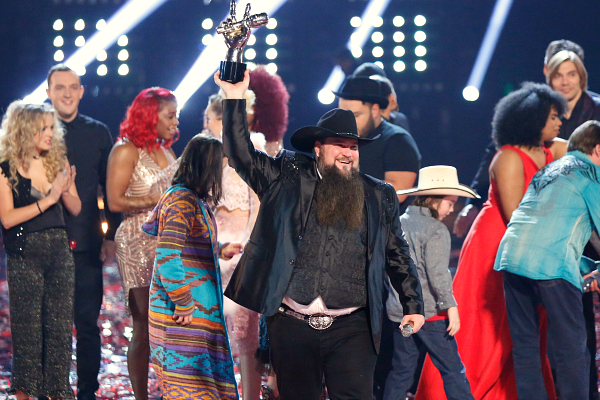 Season 11 winner of NBC’s “The Voice” marked coach and country singer Blake Shelton’s fifth win on the singing competition show. Shelton’s one and only contestant Sundance Head proved to have a strong fan base throughout the season based on his iTunes sells and ranking. So much so that other ‘Voice contestants were already predicting his win one week before the finale. 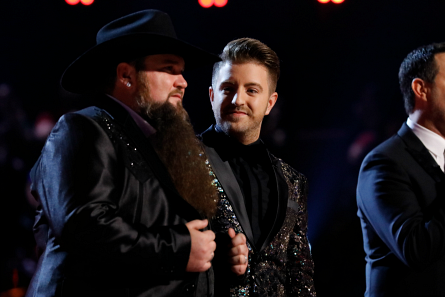 When it comes to competing on a singing competition show, it’s not Sundance Head’s first rodeo. He previously competed on FOX’s “American Idol” almost ten years ago in 2007. Head talked to reporters during a post ‘Voice win press conference call, and elaborated on why he was more prepared for “The Voice”, and also what it was like to perform with legendary rock band KISS during “The Voice” finale show.

AMERICAN IDOL vs. THE VOICE
“I’d probably punch myself in the mouth.” – Sundance Head

In response to his experience on “The Voice” versus “American Idol”, Head explained, “there’s just so many things I did wrong on that show (“American Idol”). As a person, I wasn’t a very good person to begin with. I was selfish about a lot of things. If I meet myself again, I’d probably punch myself in the mouth. Not a very good dude. But thankfully I’ve had a reprisal and I get a second shot and hopefully I can do things right this time.”

Head compared his younger self when he was on “American Idol” (A.I.) in 2007 to himself today on “The Voice”. He said he’s better now. “Everything about me is better. As an artist (singer, songwriter, performer).” But, points out, still not perfect. Ha likens himself to a mere “50 percent” of his full potenial.

Head said on A.I. he was at about five percent. “Maybe” not even that good.” He said he doesn’t even know how he ended up on A.I. and tried out “on a whim”. Head described himself as having “no talent” back then. He didn’t really know any songs, couldn’t really play guitar. “I didn’t know myself as a human being, much less than as artist and I hadn’t discovered my vocal abilities,” stated Head.

It was great timing for Head to be on “The Voice”. Because it just so happens that Head didn’t learn how to sing the way he sings now up until a year and half to two years ago. Head revealed that he noticed that he can soar on notes vocally and go into an operatic bravado and sustain on notes. “It just kind of happened and I’m not sure how.” He said he started to write songs around this ability that he discovered. He began using it in his “daily operations of making a living back in Texas playing music. He’s excited at the prospect that his talent will only get better and can’t wait to see the outcome of growing as an artist with his new label.

This time around competing on a singing competition show such as “The Voice”, Head said he was “so more much prepared as a person” and had a strategy. Part of that strategy was to cover as many female singers that he thought were wonderful singers with great songs, as much as possible. It paid off. 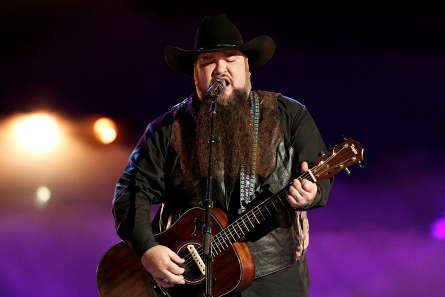 He had no plan going into A.I. thus, was “ill prepared for the record label he received from Jolene at Universal, Head pointed out. “The record label seemed to collapse. They kept only the artists that were selling a lot of records form them. I used to hold a lot of resentment towards Jolene and Universal.” Head said he now realizes that most of the problem with that contract lied with him and his immaturity “not only as a human being but as an artist.”

Head told Blake about how much the band KISS means to him. It was the last concert he went to with his brother one month before his brother passed away. Blake and “The Voice” got KISS to say yes to a ‘Voice performance with Head in the finale show.

Head said he was blown away when he found out that KISS agreed to the performance. He’s always had a strong emotional bond with KISS. Although he knows their songs so well that he could be the lead singer, Head said he was messing everything up in rehearsal due to nerves. “The rehearsal was one of the most intense things that ever happened to me. ” He compared it to the first time he’d ever been alone with a girl in a bedroom as a teenager. “Luckily Paul and Gene were sch sweet guys that they talked to me to calm me down.” Head said they reassured him that they are “dudes” like him and it was an honor for them to perform with him as well.

Head said aside from getting married, having three children, that performing with KISS onstage was the fifth most important moment in his life. He said “more important than winning ‘The Voice’.” A moment, he said he’ll never forget.

THE VOICE returns to NBC on February 27th.