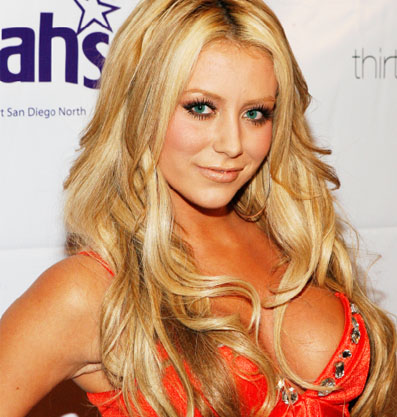 Former artist of P. Diddy’s “Making the Band” and former lead singer of “Danity Kane”, Aubrey O’Day recently opened-up to reporters about her upcoming OXYGEN reality show titled “All About Aubrey” during a conference call. 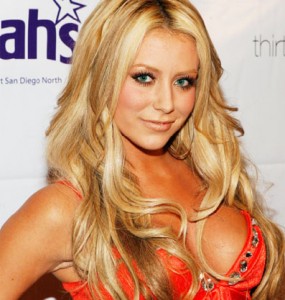 When asked about her public firing from former boss P. Diddy, O’Day stated “I don’t regret for standing up for what I think was right”. And her current relationship with Diddy? She says viewers will see that explored in “All About Aubrey”.

One thing that viewers can count-on according to O’Day is that this reality show is guaranteed to be “reality”. According to O’Day, she was filmed 24hrs per day with no scripts. “I’m glad that OXYGEN gave me the opportunity to do my show the way I wanted to do it – a real reality show”, said O’Day. She’ll be shown with people who are her real best friends from high school. Not hired she said like some other reality shows.

The most important accomplishment that O’Day would like to gain from the show is being able to change people’s opinions about her. O’Day stated “I was always sad at how the media portrayed me as ‘messed-up'”. She also said that another misconception that people have about her is that she let fame go to her head and had tons of plastic surgery – all myths.

One thing that viewers will soon learn about O’Day that fans don’t know and that is how “nerdy and silly” she is. Viewers will also see her many attempts at making a love connection while going through the dating “trials and errors” and re-establishing herself in the music world.

Although she didn’t say whom, O’Day will be collaborating with a “Danity Kane” artist on “All About Aubrey”.

Where she hopes to be in five years? O’Day stated that her younger self always hoped for physical things- which ended-up never making her happy. So, now she says “I want to be happy – consistently happy.”

Watch her fix it and see “what it takes to come-out as a solo artist” on Monday March 7th at 10pm (ET) when “All About Aubrey” premieres on OXYGEN network.