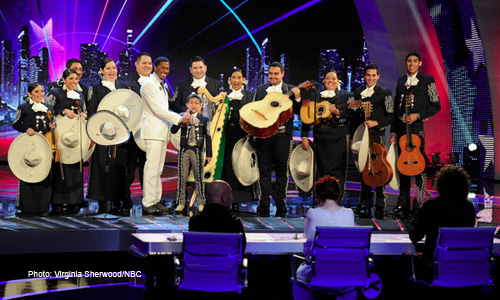 As previously announced, Howard Stern has selected Ben Blaque, Horse, Spencer Horsman, and Todd Oliver and Irving. Sharon has invited back All That!, Bandbaz Brothers, Jake Wesley Rodgers and Lindsey Norton, and Howie has selected Andrew De Leon, Jarrett & Raja, Sebastian El Charro and Cristin Sandu. The four acts that advance on the show will enter the Semi Finals for a chance to win $1 million. Bios of all acts, including photos and more information can be found at www.nbc.com/agt.

Of his first Wildcard show, AGT Judge Howard Stern noted, “How we going to end this season? Every time the audience gets rid of somebody we bring them back. It’s like Godfather 3… just one too many.”

“This year has had such a great amount of talent that with only 4 choices allowed per show, deserving acts got let go. I believe America will be happy to see my choices get a second chance,” added Judge Howie Mandel.

“I love the Wildcard show because I want to show Howie and Howard that my picks are going to go through,” said Sharon Osbourne.