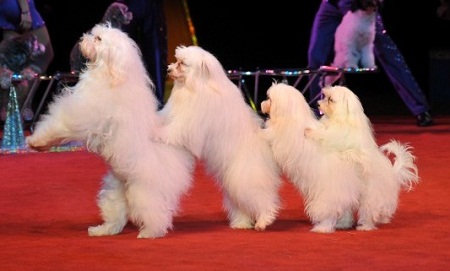 “America’s Got Talent” season 7 winners “Olate Dogs” joined reporters to talk about their future plans. “Olate Dogs consists of a father and son team Nick and his father Richard Olate who is not fluent in English. Nick took the role as spokesperson on behalf of their act. Nick said “It was such an incredible goal for us. We didn’t even want to audition at first, then changed our minds at the last minute. Whoever is thinking about auditioning should do it because there’s no better publicity than being on ‘America’s Got Talent'”. 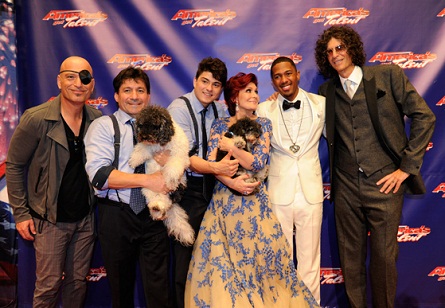 Crowned AGT season 7 winners, it’s an event that almost would not have happened. “We didn’t think that the show was holding any auditions near us. We were near the Orlando Florida area. It was our down time from working in the Circus. “America’s Got Talent” was auditioning in Tampa, Florida. 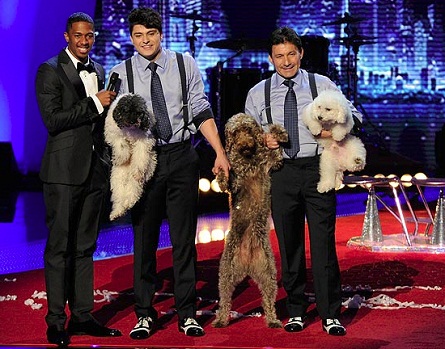 My dad usually works with one dog. We will need to adapt to the show a lot. Regarding his Dad’s journey coming out of poverty, Nick explained that Richard and his brother used to eat grass. In Chile, there’s a lot of dogs on the street and that’s how he got his start at eleven or twelve years old. Training dogs was his ticket out of poverty. There was a circus looking for acts. They talked to him and his brother and wanted to meet them at a hotel. He promised to take them to America. The brothers didn’t believe it at first. His brother convinced him to meet in the hotel. When they arrived there were producers and agents at a big table waiting to meet them. Four months after that they went to America. They were called Circus Vargas. During his early years in America, Richard performed for Michael Jackson and was in a scene in a “Doors” video. 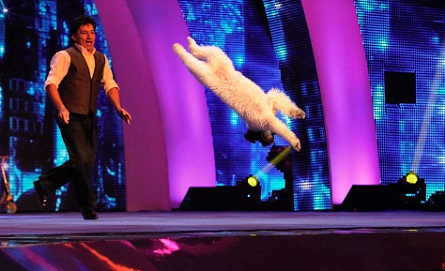 © NBC/ Richard Olate with one of his dogs.

The Vegas show will consist of a merging of their existing acts that consists of five minutes and fifteen minutes. They plan to buy a house, build a training area in the backyard…”some sort of large dog house.” “The Olate Dogs” Las Vegas show opens September 26th on the Plazzo Venetian stage.