NBC’S REVOLUTION Spins Up! But Will It Spin Out? & More Today 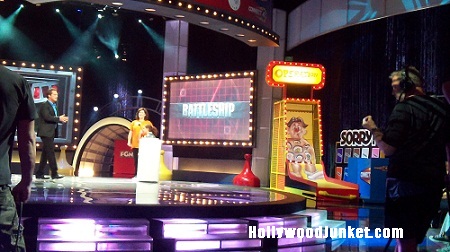 One new game this season is “Battleship” In this game, whichever team sinks three ships first, wins! This is the only game that is all brand new this season. There are several spins on several of the other games.

Now that there’s two spaces missing, some ships can’t fit through. Belinkoff said that they are randomly placed. It’s who can sink more first. 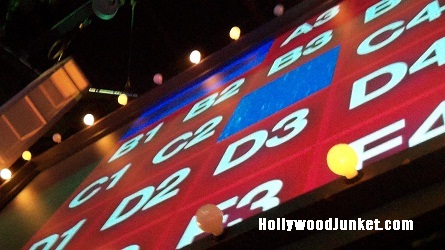 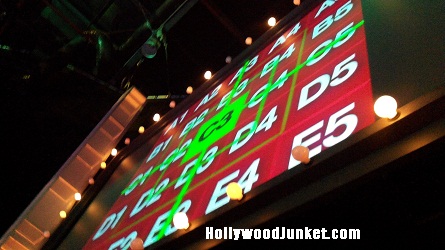 For the first time, “Family Game Night” is selecting families from the audience. Last season, it was two families of four that would play against each other. Now the show is in its third season. Show executives and producers wanted to make it emulate closer to how people play these games at home in real life. In real-life, people play by themselves or with one or two players or via the internet. In the third season, there are new games with families of two or three or sixteen! There’s a game on “Family Game Night” for you. Executive Producer Barry Poznick said, “We have parents and grandparents involved. No body is excluded now and I think that was an important change.” Poznick also added, Sometimes, we have divorced parents on. No one is left-out. 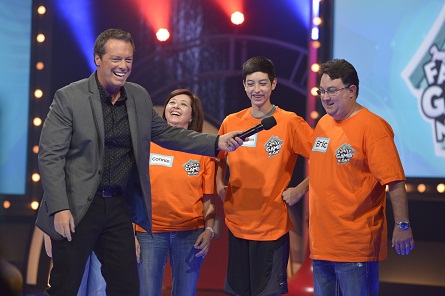 Emmy Award winning host,Todd Newton explained that all families are being called from the audience. “We had such great energy for the past two seasons. But, to call contestants out from the audience creates energy and anticipation and takes it to the next level.” Newton said it let’s them create moments that matter for families.

Poznick stated that Kids get to make fun of the Dads a little bit more. Crazy costumes in “Sorry”, or operating on Dad in “Operation”. Kids love it. There are 1500 brands of games from Hasbro to choose from. It’s great to have them included, otherwise, it would be expensive and long process to clear each game. They changed “Sorry”, and “Bop It” a bit.

They’ve Incorporated a digital version of “Twister”. Before, they used Velcro. The whole point of Game Night is that they’re the games you love only bigger. But not all games translate well. These guys (producers) test them.

“Yahtzee Bowling” is a new App. Poznick said that The “Community Chest” is new this season. Every kid gets a chance to open the chest. Newton added, “Even if they lose that game, they still get a shot at the chest.”

The show now plays video explaining the rules and how the games are played before each game for families getting called out of the audience. Sometimes the show uses one family, sometimes two. Every family that plays gets a swatch – a color code combination for the “Community Chest” if they win or lose. 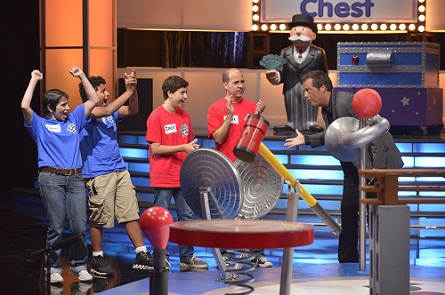 In the “Bop It” game players have 30 seconds to complete a command. If done correctly, players hear another command. If not, a buzzer will sound. The family achieving the most commands wins. Examples of the commands are: Crash it, Whack it, Squeeze it, kick it. At the end of one game, a family won “Instax” camera with a vacation, and trip to Six Flags Magic Mountain.

In the final round, the “Monopoly Crazy Cash” machine a family will have a chance to win a new car. Something that is completely new this season. Families select color combinations from “The Community Chest” to place inside of the cash machine. Families that played picked – green, blue, red; blue, red, yellow. 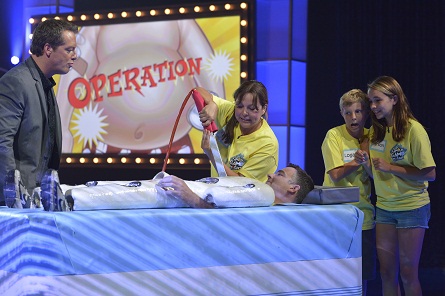 In the game “Operation” Ski Ball”, each game is worth a different money amount of a gift card. Alignments in the patient in “Operation” are: tennis elbow, butterfly in stomach, water in the knee, chip on the shoulder, charlie horse. If they hit the top hole, they win $1,000. They get 2 chances. One family won a shopping spree gift card. For this game the Dad is the one that the rest of the family of players operates on. Once they get the alignments out of Dad, they get to ski ball for the holes with the alignment. 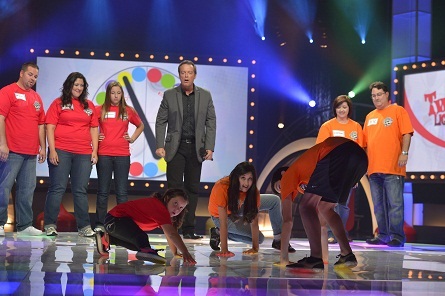 In “Twister Lights Out” game, players hear a body part called out, then a color. For example, red, blue, yellow, and brand new! – “air”. You have to put your arm or leg up in the air and it has to stay in the air. If elbow or knee touches the floor, you’re out. The winning family can Win a theme park get-away with this game.

A brand new game addition this season is “Battleship”. Hidden, there is a fleet of six ships. Three are cruisers which covers two squares, two are submarines that cover three squares, one is a Battleship that covers four squares. To launch a peg the player pushes the button down hard. There are twenty-five squares total. The first family to sink three ships wins the game. The winner of this game can Win one outdoor movie experience that consists of: Netflix, a TV, and a backyard movie party.

In the final round, is the “Monopoly Crazy Cash Machine”. There is one “go to jail” card. If the family gets this card then the game is over. The family gets to keep the cash won in the Community Chest round. One of four cards is the “win card”. If this card is picked the family wins a brand new car. Players in this round picked a “skate board” that was worth $1, 100. Then a “cell phone” which was the “go to jail” card. Other choices were: boot, thimble, and all the familiar game pieces Monopoly players everywhere are familiar with.