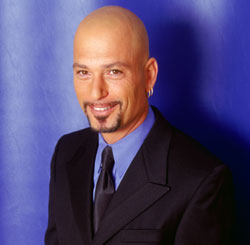 NBC announced this afternoon that new judge, Howie Mandel, former game show host of another NBC hit, “Deal or No Deal”, will join co-judges Sharon Osbourne and Piers Morgan on “America’s Got Talent” this summer for the show’s fifth season. Nick Cannon will remain as host. 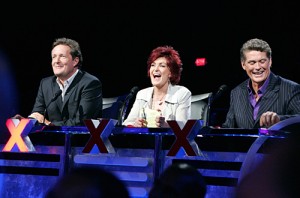 To make the Deal even sweeter, it was reported that Mandel has a first-look deal with NBC and will continue to produce projects with Alevy Productions, his production company whose past projects included the hidden-camera show, “Howie Do It” and “Bobby’s World”.

Executive Vice President of Alternative Programming at NBC and Universal Media Studios, Paul Telegdy stated Mandel was a top choice because “he’s passionate about new talent…not to mention the fact that he headlines and performs in Vegas all the time”. “He [Mandel] will bring new depth to our panel”. Telegdy predicts that Mandel with Piers and Osbourne, the sparks are sure to fly!

No mention of former judge whom Mandel will be replacing, David Hasselhoff.