Reported by: Chris B., Tech Specialist

The highest grossing film will be making its first and much anticipated Blu-ray and DVD release on April 22, coinciding with Earth Day. 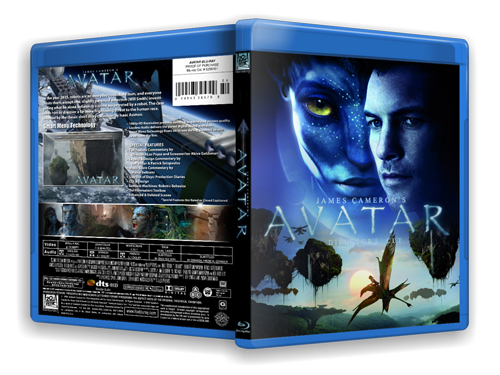 James Cameron with the film’s producer, Jon Landau convened in a press junket in West Hollywood last month that was followed by a viewing of AVATAR on Blu-ray at The London West Hollywood.

Our tech reporter spent the day there gathering facts from Cameron and Landau about the Blu-ray version of AVATAR.

The first version release of AVATAR will not have trailers or advertising on the disc. Cameron stated that he wanted all of the space to be dedicated to the best image quality possible. Cameron joked – anytime a movie makes over one billion dollars, FOX is not allowed to put ads on it! The filmmaker did say that he hates trailers. 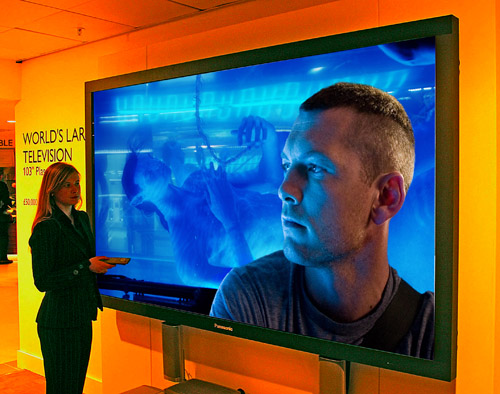 There are viewing conditions viewers should be aware of in order to see best picture quality of AVATAR at home.

The technical facts behind what Cameron’s intention of providing the best disc quality in actuality don’t necessarily provide viewers with that result. According to our reporter and tech expert, in order to see AVATAR in the best possible disc quality as Cameron and Landau intended, the home viewer will have to have a television with a 1080p display that is properly connected to a Blu-ray player with an HDMI cable, a properly calibrated TV picture, and be sitting eight feet or closer to the television set in a darken room in order to reap the full visual benefits.

Much time was spent into getting the colors of the movie just right. The movie will not be released in 3D on Blu-ray – possibly due to the fact that not enough people have 3D televisions yet.

Landau stated in an earlier interview by 20th Century Fox, “We wanted the best presentation of any film in the history of the Blu-ray and DVD formats”. AVATAR was cut in three versions for movie theaters’ different aspect ratios. One is 16:9, the second, 2:35:1, and the third is IMAX 3D. So, each theater had a proper size. HD televisions are 16:9 which does not require any panning, scanning or cropping on the disc format to fill-out the picture.

Cameron also said that day that he actually likes watching 16:9 better, but prefers working in 2:35:1 format.

Morph into a Na’vi. Watch video below

During the press interviews, Landau expressed that for the sequel of AVATAR, he would like to explore the moons of Pandora along with some of the planets around it in their solar system.

When asked, where does he see the evolution of film making going, Landau responded, “It’s (film) becoming more life-like. The only way to make it more life-like is to go 60 frames per second”. This will result in a more true to the human eye type image.

AVATAR’s “launch into the home in April will allow fans to return to Pandora again and again” said Landau.

The film’s studio, 20th century Fox Home Entertainment collaborated with Earth Day Network to generate one million trees to be planted across the globe by the end of 2010. As an added endorsement to ecological change, FOX should have released a digital version of the AVATAR movie available for download ONLY via iTunes or Netflix and save the Earth of discs and plastic packaging.

More information can be found at: