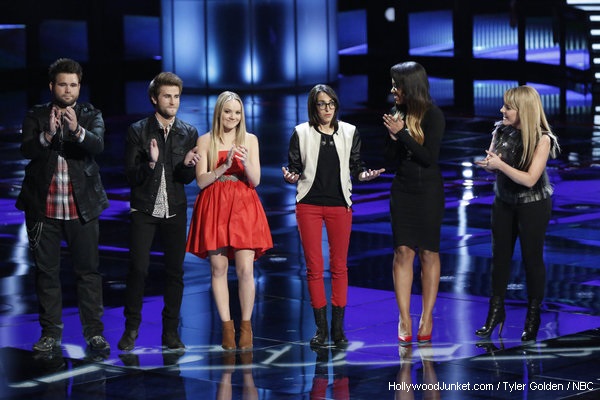 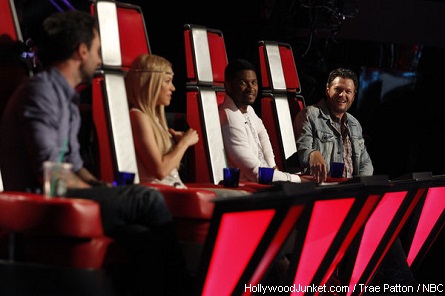 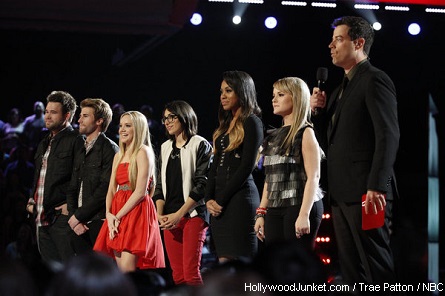 Blake said of his singers left in the competition, “They’re very special people and I’m just trying to stay out of the way.” America loves The Swon Brothers and it shows, Colton and Zach will continue on to the final as the first duo ever to do so on THE VOICE. “You made Whitney’s fans really proud tonight,” said Shakira of Sasha’s performance. She also said, “With a little bit of guidance and a lot of work, you have turned into a phenomenal performer.” Adam said, “You weren’t imitating anybody. You were doing it your own way.”

Watch Sasha Allen Sing “I Will Always Love You” Here

America said good-bye to Sasha Allen leaving Team Shakira out of the final. Sasha said, “This has been the experience of a lifetime.” “You are in a permanent crescendo.” said Shakira about Michelle’s performance. Adam said, “I feel like a broken record. Every week I tell you how much I love you.”

Michelle Chamuel was the first artist of the evening saved by America’s vote. “You don’t have any weaknesses in your singing. How is that possible?” said Blake Shelton Adam reacted, “You can’t sing a song better than that.” Usher stated, “At your age to have that kind of control is remarkable.”

Watch Danielle Bradbery Sing “Who I Am” Here

Danielle Bradbery moves on to the final giving Team Blake two to one odds of winning season four!

Amber Carrington – Team Adam
“The cool thing about you is that you can do anything.” – Adam Levine Blake said, “The fact that you can make one of Adam’s songs that beautiful, that’s doing something…The power of your voice is phenomenal.”

Amber Carrington did not get enough votes leaving Team Adam on “the bench” with Team Shakira for the final.

Teams Recap:
Blake Shelton continues to hold his lead with The Swon Brothers and Danielle Bradbery, whom he once said is responsible for funding his retirement, left in “The Voice” competition. This week Adam Levine and Shakira are out – losing their last singers remaining, Amber Carrington and Sasha Allen respectively. It’s Team Usher vs. Team Blake for “The Voice” season 4 finale episode! Check out our next article Adam Predicts Danielle Bradbery to Win THE VOICE Season 4 Finale!