At Home on THE VOICE Season 18 Live Playoffs Recap 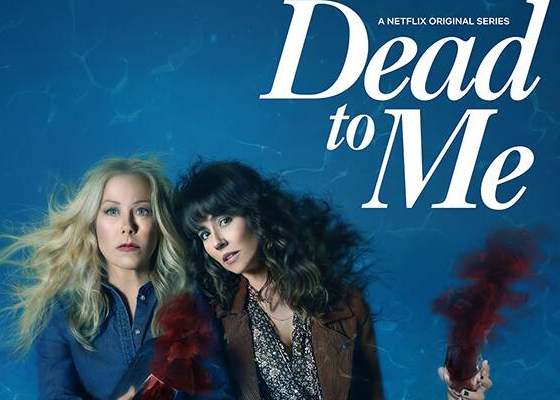 Originally set to return June 2020, “Dead to Me” returns for season 2 this Friday on Netflix. It will be a little over a year to the date, Netflix highly anticipated season 2 of “Dead to Me” will return. The sleeper series staring Christina Applegate, Linda Cardellini, and James Marsden premiered 10 episodes last May 3, 2019 with positive viewer response.

Feldman stated that the writer of “Dead to Me” came from a heavily comedy background. But, never approached the script on how to make it funny. “I can’t help to find the funny weird, shit in the darkness.” And, “It was how would this person do and say in real life, or what would I say or do,” she stated.

The general premise of “Dead t Me” for new watchers of the show is that a hit-and-run accident that kills Jen’s husband, committed by a couple, Steve Wood, and Judy Hale (Marsden and Cardellini ), turns into a web of deceit after Judy involves herself in Jen’s life, ultimately leading to another murder by the end of season one.

“Dead to Me” actress, Linda Cardellini, who stars opposite of Christina Applegate said, “that’s what’s so great about the show because it’s not what you expect.” Marsden chimed-in, “the lure of the character is that it’s so challenging. It seemed really fun to play this bad guy. The best bad guy thinks he’s a good guy.”

There was not a whole lot of mention of what was to come in “Dead to Me” season 2, only that what current viewers are already aware of, which is not to expect more of James Marsden (minus potential flashback scenes of course).

Feldman revealed that in the development stages of “Dead to Me,” Christina Applegate was the first person that was cast. Linda Cardellini and Christina had never met before. Feldman was looking for “an energetic balance” for Applegate. She liked Cardellini from the show “Bloodline.” Feldman stated, “you have to love Judy (portrayed by Linda Cardellini) despite all the things why you shouldn’t.” Feldman added that Applegate brings the best out in her. Feldman wrote about the absence of angry women in their portrayal in Hollywood in the Hollywood Reporter.

The fact that Jen (Christina Applegate’s character) was angry going through the loss of her husband, that was very real for Feldman. “It was a little bit scary for certain people in the developmental process.” They warned that it would make her unrealatable and unlikable. Feldman pushed back. She not only didn’t hold back, but “leaned into it.” A phrase used often by Judy and Jen. Feldman said she wanted to create a heroine for angry women.

The challenge is that Judy really wanted to be honest. But not allowed to, stated Feldman. Judy is so present that she forgets she has terrible judgement. Case-in-point, when Judy purposely befriends a private investigator, knowing she’s committed a crime. However, she has “great intentions” said Cardellini about her character.

Feldman also revealed that she had a different ending for season one. What changed? She was able to hire “incredibly talented writers,” she said. That ending manifested about one month into the room.