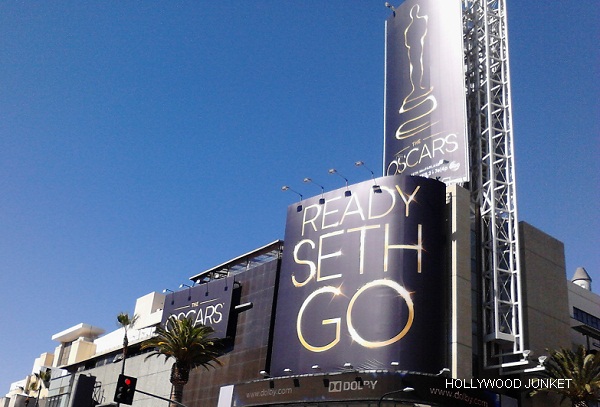 This year while movie fans are enjoying entertaining speeches and viewing red carpet fashion, they can be sure to follow @TheAcademy on Twitter.com for all the latest stream of tweets from the stars. Embracing the social media age, the 85th Academy Awards will be equipped with a new feature that will let stars snap photos of themselves backstage during Sunday’s ceremony and instantly post them online.

What Twitter calls a “Magic Mirror” will take photo-booth-style pictures of participating stars in the green room and send them out on the academy’s official Twitter account. Organizers expect multiple celebrity mash-ups.

The backstage green room is a private place for stars to hang out before going onto the stage. This exclusive green room is limited to nominated celebrities only and is typically closed to the press.

The Magic Mirror is “giving access to fans at home a part of the show they never got to experience before,” Twitter spokeswoman Elaine Filadelfo said Friday according to The Daily Times.

Photos of the Oscar preparation to stage what is the most important awards ceremony and trophy recognition an actor can receive are below. Oscars for outstanding film achievements of 2012 will be presented on Oscar® Sunday, February 24, at the Dolby Theatre™ at Hollywood & Highland Center®, and will be hosted by Seth MacFarlane. 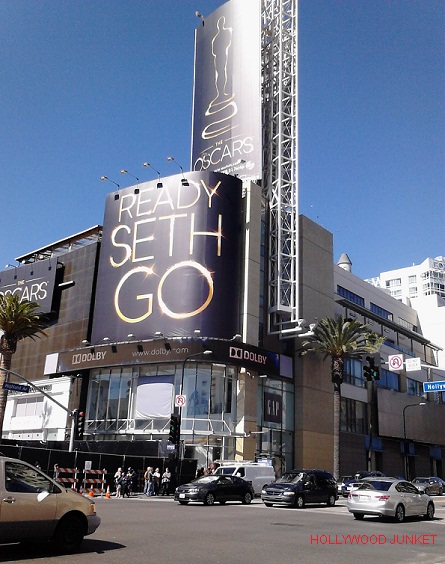 The Academy Awards give host Seth MacFarlane some encouragement. 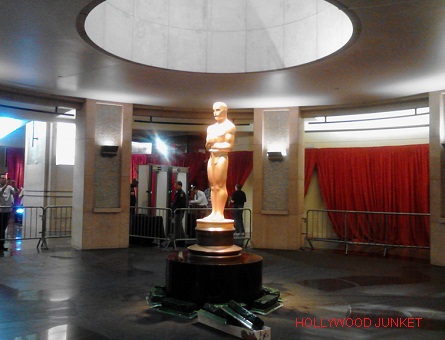 The perfect center-piece for Hollywood & Highland! 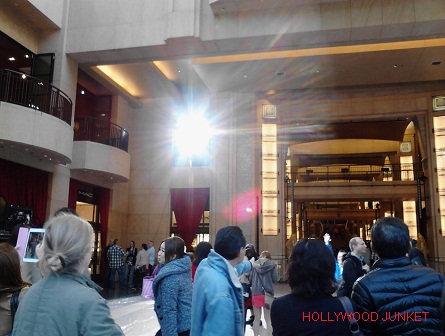 Crowds of tourists flock the entrance to The Dolby Theatre. 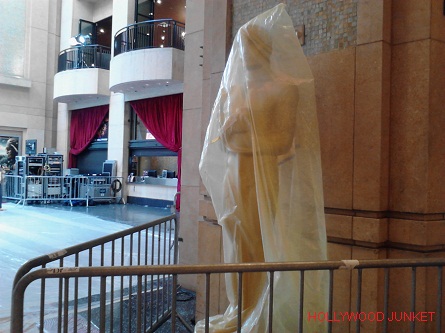 An Oscar statue awaits its unveiling. 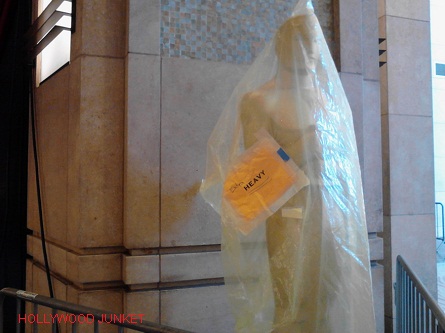 The Dolby Theatre entrance is lined with Oscar statues. 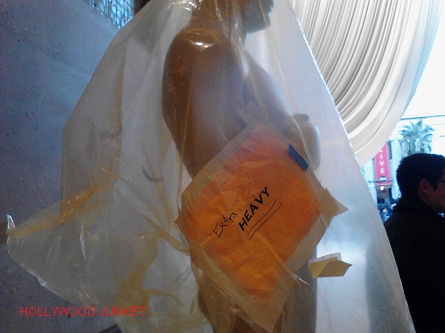 This statue is heavier than most! 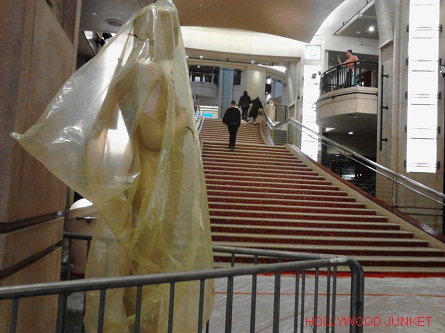 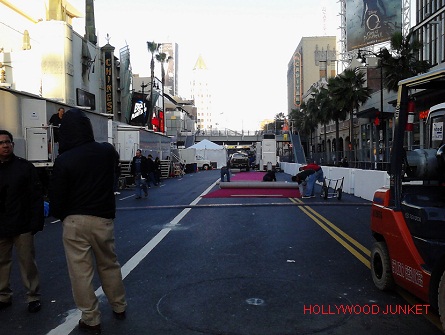 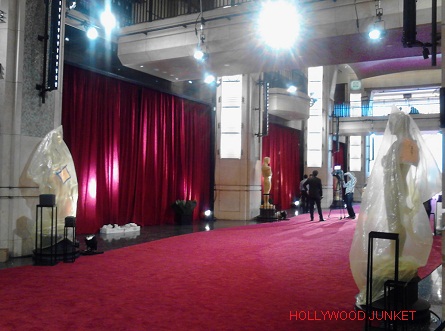 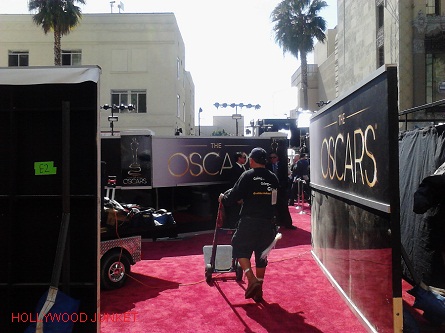 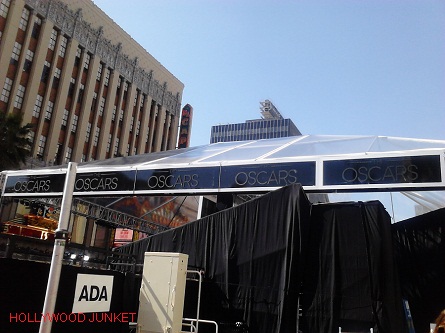 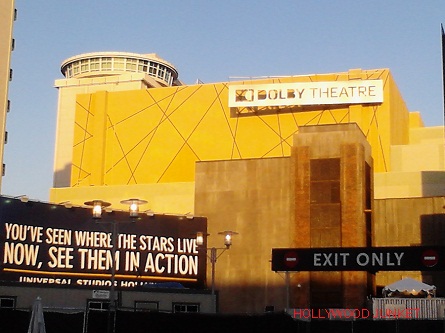 The view behind The Dolby Theatre in Hollywood.

IMPORTANT:
After the final award, Best Picture, is given-out on Sunday night, viewers be sure to stay glued to your television sets because Oscar show producers Craig Zadan and Neil Meron announced that Kristin Chenoweth and Seth MacFarlane will participate in a special show closing musical performance.

“After the Best Picture award has been given, Seth and Kristin will perform a special number and we think it will be a ‘can’t miss’ moment,” said producers Craig Zadan and Neil Meron.