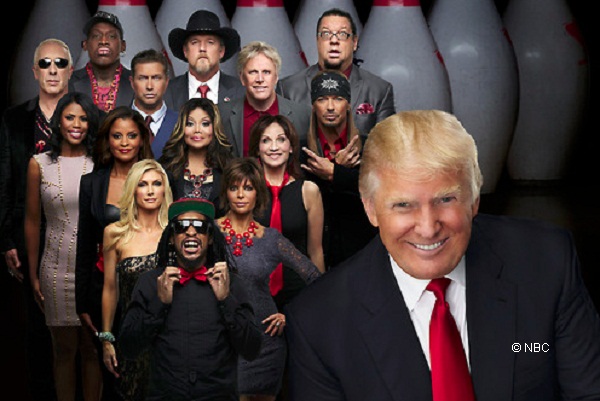 Traditionally, contestants are divided into two teams, and each team comes-up with a catchy name to call itself. Although the team names have not yet revealed, we got some sneak-peek clips of the teams!

On one team is: Lisa Rinna, Dee Snider, Trace Adkins, Gary Busey, Stephen Baldwin, Marilu Henner, and Penn Jillette. On the other team is Claudia Jordan, Lil Jon, LaToya Jackson, Omarosa, Brande Roderick, and Bret Michaels. Having all of the African-American players on the same team, they joked that they are “the black team”. Lil Jon responded, “We’re all black with the lights off!” He also said “we are the beautiful young team”, and called the other team “dinosaurs,” making reference to some of the older members on the opposing team.