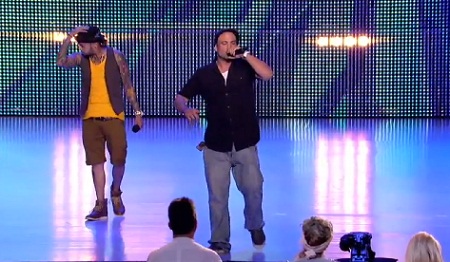 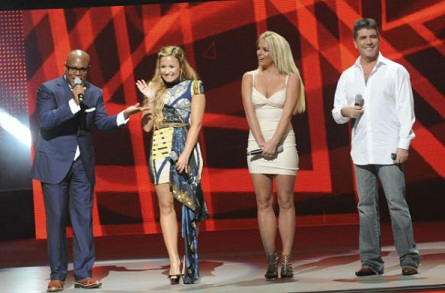 Vino Alan (age 40) vs. David Corry (age 26)
“At my age, it’s probably the only way to get into the door.”Vino commented. “Vino is my brother, but today I need to crush the competition” said Corry. David said that he sees the judges as four road blocks. They sang “What’s Going On?” by Marvin Gaye. After the performance, Vino was disappointed in his performance when he forgot some of the words to the song and threw his cap down. Simon said, “He thinks he’s blown it…I love Vino’s voice”. Demi said “I don’t think there’s a voice out there like that now.” Britney commented that he “scares” her a little bit. MORE: http://hllywdjnkt.co/PVQZSo