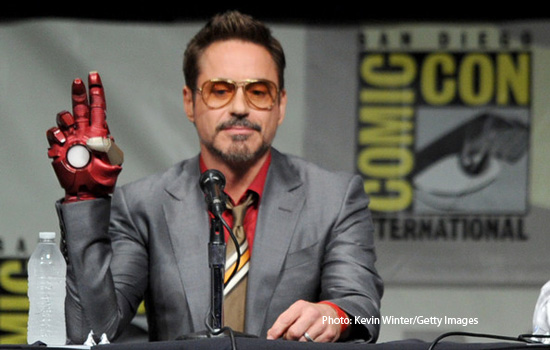 Courtesy of Marvel Studios, we got this fun video clip of actor Robert Downey Jr. who plays the egocentric billionaire engineer Tony Sparks, a.k.a “Iron Man” hero in the Iron Man film installments during his arrival to Comic Con.

Downey Jr. frolicked through the crowd, appearing to be in character, as he made his way to the stage for a special preview and panel session of “Iron Man 3” at Comic Con. The “Iron Man 3” film release date is May 3, 2013.