In for A Witching Time – PARANORMAL ACTIVITY 4! Sneak-Peek! 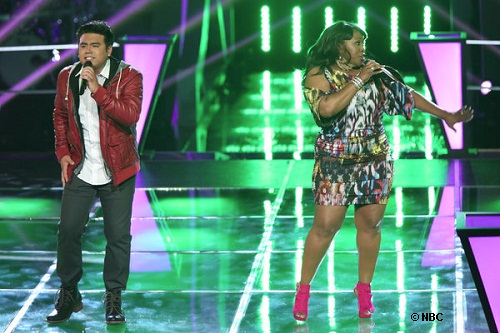 The Voice battle rounds are heating up!
Monday was another night of amazing singers battling it out for the top spot on the hit NBC singing competition show “The Voice.” 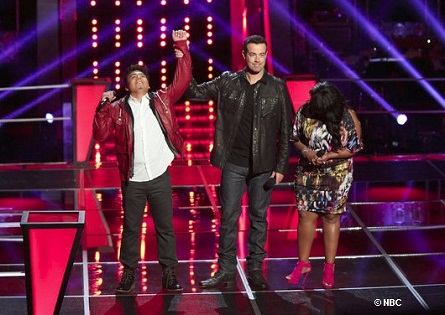 First up was team Blake with a paring of Julio Cesar and Terisa Griffin. In the end Julio won the battle because Blake felt he had probably put the most work into the song, but it wasn’t over just yet because Cee Lo couldn’t help but steal the lovely Terisa keeping her on the show for yet another week!

Next up was team Christina who paired fan favorite Dez Duran and 16 year old Paulina, singing “Just the Way You Are”. In the end Paulina got sent home. Christina felt Duran had more of an overall package and more experience. (Dez also tried out for last years show not making it past the initial buzzer blind audition rounds)

Moving on to team Adam who pit Sam James and Benji (the screamer) against each other singing “Shot Through the Heart”. All of the coaches were impressed with Benji’s scream. But overall Adam felt James had more control, and stayed strong throughout. Sending Benji on his way.

Next up was team Cee Lo who had family man Nicholas David go against music teacher Todd Kessler. The two sang “She’s Gone.” The coaches agreed both singers were great and really worked well together. After Cee Lo compared David to Jesus, he picked the unique style singer to move on to the next show, sending Todd Kessler home.

Back to team Blake the lovely Lelia Broussard battled it out against school teacher Suzanna Choffel singing “Dog Days Are Over.” The coaches enjoyed both performances, but the win went to Suzanna who seemed just a bit more experienced, there was surprisingly no steal for Lelia Broussard.

Back to Team Christina Joselyn Rivera went up against Sylvia Yacoub singing “Best Thing I Never Had,” the two seemed almost flawless but when it came down to it Christina choose Sylvia for the fighter in her. No one left the stage without a smile, as Adam quickly stole Joselyn making the singer a part of his team.

Heading into Tuesday night’s show we started out were we left off with team Blake who pared Liz Davis and Nicole Johnshon who sang “Baggage Claim.” The singers had similar voices but ultimately Blake decided to go with Liz because “she never really lost her breath.” Having a lot of experience gained her this win! 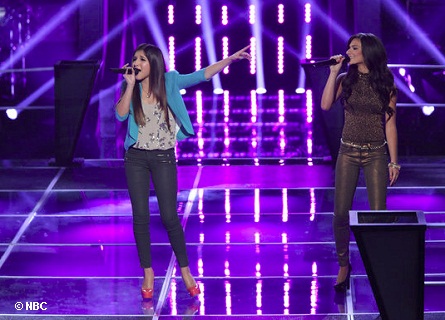 Battling it out for Adams team, Allessandra Guerico went up against Kayla Nevarez singing “Wide Awake.” The coaches agreed they were both great, but Adams opinion being the only one that matters choose to keep Kayla for her confidence. Christina quickly picked Allessandra up bringing her back into the competition! 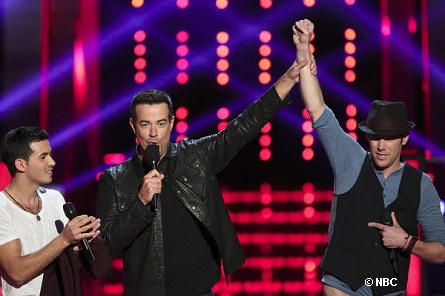 The Voice’s final battle rounds continue next Monday heading in with the winners of this weeks show!
-Written by: Ryland Adams