THE NEWLYWED GAME: A Meeting of Game Show Hosts Legends! 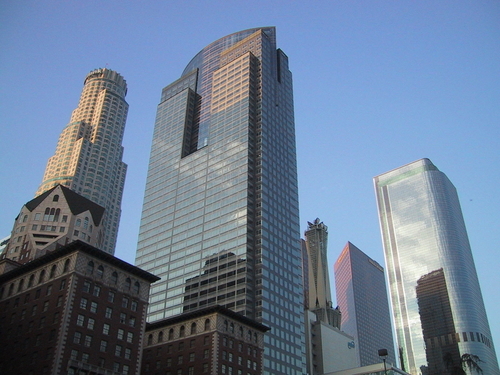 ABC is bringing game shows to new heights, literally. “Downfall” will place game show contestants up top of a Los Angeles downtown building and drill them on trivia where correct answers may win them prizes and money.

An open casting-call took place yesterday in Hollywood, CA at “The Highlands” nightclub. People who were auditioning to be on the new show were broken-up into groups of about fifty. They were tested on trivia knowledge with about 20 questions including the following: “Who was the first King of Israel?”, and “Which Desperate Housewife actress is married to Tony Parker?” Those that got ten or more correct answers were allowed to move-on to the next stage of the casting process where they did an on-camera interview. 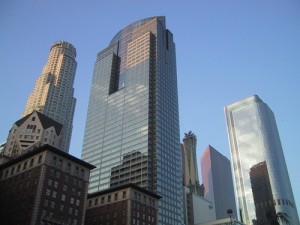 “Downfall” contestants will risk their prizes being tossed off of a Los Angeles skyscraper according to details from the show’s open casting-call yesterday.

“Downfall” show hopefuls were wrangled into smaller groups and given more information on the show. According to our on-site source, contestants will be placed into harnesses once on top of the building. For every question that they get wrong, one of their prizes will be thrown off of the building. Our source who went through the auditioning process stated that the show is “counting on playing on the added pressure” of contestants having to answer trivia quickly before their time runs out while a top of a skyscraper and trying to keep their prizes. One example our source used was if they win a car, then the contestant risks that car going over the side of the building if they don’t succeed in the game at keeping it.

Our source also revealed that “Downfall” hasn’t locked-in a confirmed amount of money that the grand prize will consist of yet. It was stated by the casting department that the producers are aiming to get $1 million approved.