SO YOU THINK YOU CAN DANCE: Lindsay and Will Interviews, After Eliminations! 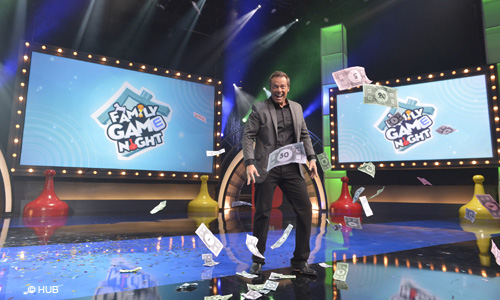 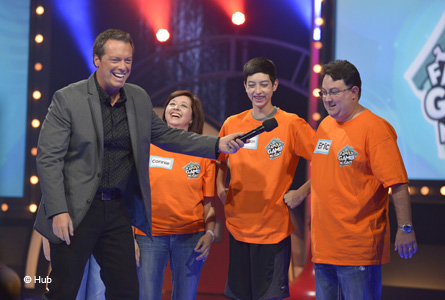 Host, Todd Newton, the 2012 Daytime Emmy® Award winner for Outstanding Game Show Host, rejoins The Hub TV Original Series returns with an all-new format featuring more families of varying sizes selected at random to compete. The result is more fun than ever featuring new and exciting larger-than-life versions of beloved, classic games and the premiere of an all-new BATTLESHIP challenge during an action-packed hour of family competition. The series is produced by Hasbro Studios and Zoo Productions.

To celebrate the approaching season premiere, The Hub will present a seven-hour “Best of ‘Family Game Night’ Marathon” (Friday, September 21, starting at 8 p.m. ET) featuring the most exciting episodes from the popular series’ second season. 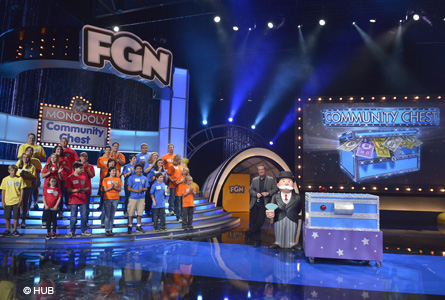 Families get ready to pick their color-coded keys from “Community Chest.”

The new season of the two-time Parent’s Choice Award-winning family game show features families playing new versions of their favorite games with more chances to win. Families are picked directly from the audience to compete for a chance to win cash and prizes. Additionally, every participating family plays in the Community Chest round in which one lucky family with the combination that opens the chest advances to the final MONOPOLY Crazy Crash round and has a chance to win a new car. 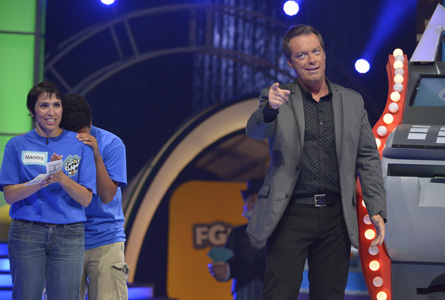 Host Todd Newton with player on the “Monopoly Cash Machine.”

An all-new challenge, BATTLESHIP, has been added to the line-up of family-friendly games. During BATTLESHIP, two families go head-to-head to locate a fleet of ships hidden in a five-foot-by-five-foot grid. Through advanced animation and augmented reality technology, viewers will see a peg fly through the air as contestants try to sink the hidden ships.