Experience It Live! TOTAL BLACKOUT – Chance To Be on The Show! 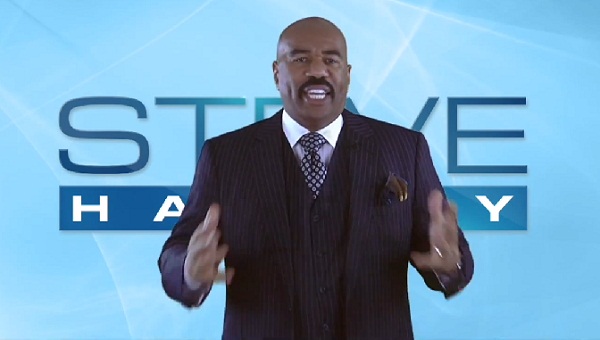 NBCUniversal Domestic TV Distribution in a press release today announced that the show will be renewed for a second season in national syndication. According to the press release: “Steve Harvey” is currently sold in 98% of the country including all of the NBC Owned Television stations. Since the show’s debut, markets that are upgrading “Steve Harvey” include Detroit, Phoenix, Portland (OR), Pittsburgh, Raleigh, Baltimore, Cincinnati, Salt Lake City, Oklahoma City, Austin, Buffalo, Fresno, Fort Myers, Tucson, Honolulu, Des Moines, Madison, Tri Cities and Burlington, among many others. In addition, NBCUniversal is actively extending the show with stations across the U.S. for 2014-2016. 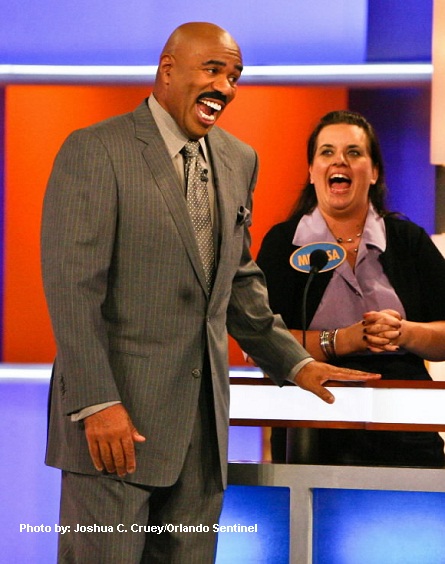 “The instant success of ‘Steve Harvey’ with the daytime audience is being greeted with long term commitments from our station partners,” said NBCU’s Wallach.

“This project was a long time in the making and it would not have been possible without the incredibly talented Steve Harvey. His humor, honesty and insight were an immediate hit with the daytime audience,” said David Goldberg, Chairman and CEO, Endemol, North America. “I am grateful to Rushion McDonald, Mr. Harvey’s manager and longtime business partner, who has been instrumental from the beginning and to Barry and his team at NBCU who put their full power and resources behind the show from day one,” he said. I must also commend Alex Duda, executive producer, for her talent and tireless commitment. She and her team made our out-of-the-gate success possible. We have a bright future to look forward to,” he concluded.

Each weekday, Steve Harvey weaves universal relationship themes into his show, bringing a blend of common sense advice and insightful humor to a vast range of relatable topics such as marriage, romance, parenting, friendship and workplace.

“Steve Harvey” is produced by Endemol USA with Steve Harvey, Alex Duda and Rushion McDonald serving as executive producers. The show is distributed in national syndication by NBCUniversal Domestic Television Distribution. “Steve Harvey” is taped before a live studio audience at the state-of-the-art HD NBC 5 studios in downtown Chicago.