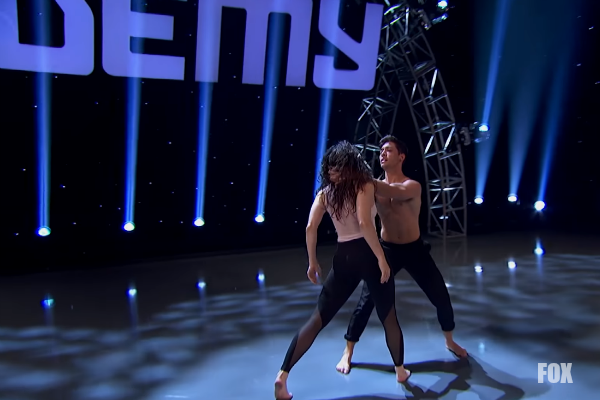 Last week on season 15 of “So You Think You Can Dance” (SYTYCD) the judges chose the Top 5 women who will be competing on the live shows. This week, it’s the men’s turn to go through their final duets round with SYTYCD All-Stars and choreographers where the judges will also decide their fates. At the end, viewers will have this season’s Top 10 dancers.

Cole danced a Contemporary duet. Nigel said Cole was “disingenuous.” Vanessa said the opposite that it was geniune, and he connected. Mary called Cole’s performance “amazing” and both her and Nigel said he seemed more like a Contemporary dancer rather than a ballroom dancer. 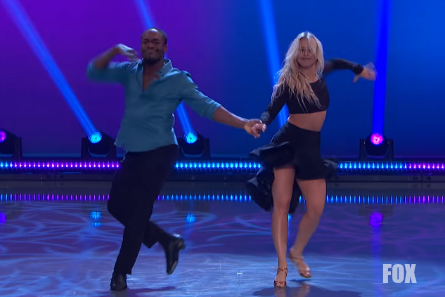 Jay Jay said “Academy week was no joke.” He had to do a Cha Cha duet with Chelsie Hightower. Vanessa said his Cha Cha looked “flawless” and his performance was “captivating.” She called him a “powerhouse.” Mary said they are always drawn to him and he’s always “captivating.” Nigel pointed-out one flaw with Jay Jay’s routine that he is “breaking his lines.” 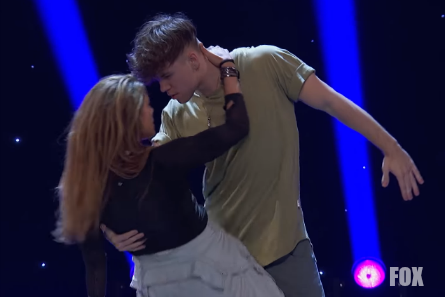 Slavik said the toughest part of Acadmey week was the Hip Hop round. He danced Jazz with Allison Holker and choreographed by Shasha Cohen. Vanessa said of Slavik’s performance that she saw a new passion. Mary said “it was so darn believeable.” His connection and ability to partner with Allison blew her mind. Nigel told him “well done” and it was good timing.

Justin said the toughest part of his Academy journey getting through ballroom, aside from the fact that both of his parents are Ballroom dancers. He had to dance Hip-Hop with Comfort Fedoke. Justin described the routine as “down and dirty.” Mary commented that Justin did “hit everything.” But, it didn’t feel heavy enough and she advised him that he needs to work on the acting part of performing.

Peyton said the Contemporary round at the Academy was the most challenging since he’s a Contemporary dancer. Peyton coined himself as the “most versatile” amongst the men. He had to dance the Cha Cha with Chelsie Hightower. Peyton said the routine is “show ready”. He just needs to “kill it and sell it.”

Mary critiqued Peyton that the chemistry is not there and it wasn’t his best performance. Nigel stated that it didn’t “sit comfortably.” Vanessa said there was a little bit of a disconnect there in his performance.

Last season, Kyle was cut. He said he felt more comfortable with the choreography this time around than from last season. Kyle’s duet was with Lauren (SYTYCD Season 7 winner) choreographed by Travis Wall. Vanessa said she loves watching him dance and he has an amazing spirit. Mary said what Kyle lacks in training, he gives with his heart. Nigel told Kyle that he should be very proud of himself. 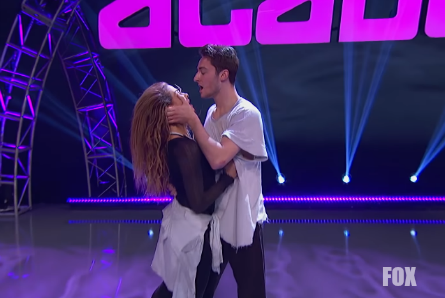 Last season Evan made it to Top 20. The toughest for him at the Academy was Ballroom round. Evan was glad to bounce back in the Contemporary round. He said he wants to show the judges that he can hold his own. Evan danced Contemporary with Allison Holker, choreographed by Brian Friedman.

Nigel commented that, that couldn’t be any more different from tap and felt that he lived up to the emotion of the dance with Allison. Vanessa said he had strength and abandonment. Mary said she felt she went through something just watching that. She added that the choreography was beautiful. The judges commented after Evan left the stage that they’ve never seen him dance like that. Vanessa said he “just crushed it.”

Dustin’s pants ripped during the Ballroom round at the Academy. His duet was Jazz partnered with Jaimie choreographed by Tyce Diorio. Dustin said his performance felt amazing. Vanessa told him that she was impressed by him. Mary said Tyce brought out the best in him. Nigel commented that he wished he could have seen him smile during the routine.

Allen blew his last solo the last time that the judges saw him. He danced with Lauren in Jazz genre choreographed by Brian Friedman. Allen was well aware that everything was riding on this one last duet. Mary stated “that was a different routine” for him. Nigel said there were times where he needed to relax his neck. Vanessa’s impression was that Allen was hitting the moves hard and crushed it. 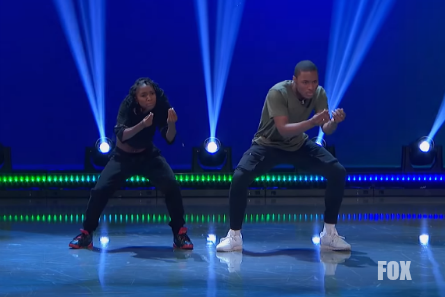 Darius said he wanted to connect with the judges, but failed. He said he realized that every solo he’s done has been sad. But, in real life, he describes himself as very happy. Darius had a Hip-Hop duet with All-Star Comfort choreographed by Luther Brown. Nigel said “it just felt right for him” and would never guess that he’s a Contemporary dancer. Vanessa said she felt like she got to know him in that routine. Mary couldn’t believe that he got cut in Hip Hop last year, and with this he just “knocked them out.”

The dancers headed to the stage to hear their fates. The Top 5 female dancers, who were chosen last week, watched from the sidelines. Nigel called Justin Pham first and said they want to see him “more rounded” and sent him home. Then Evan was called “Brillant tap dancer. You have been in and out of our thoughts” Nigel told him. He said what he did today tipped the balance to put him into their Top 5.

It was Jay Jay’s turn next. Nigel said they have very little to say to him at this point and “now it’s up to America” and gave him a seat in the Top 5. Jay Jay was shocked and seemed like he thought he was being sent home at first.

Then, it was Allen Genkin’s turn. Nigel stated that the first few days in the Academy was “stunning” then somehow around the Jive, he started losing it. Nigel continued and told him that during his duet, he seemed like he wasn’t going to get into the Top 5. Allen was sent home. And, it seemed that Allen wanted to go home. Or, like Nigel stated, was expecting to go home.

Cole’s name was called next. Nigel told him that his improvement was expedential and added him to the Top 5. Next, was Dustin. Nigel stated that as a hip hop dancer, he picked-up the choreography and did a great job. It breaks his heart not to add Dustin to the Top 5 and told him to come back next year.

Peyton was next. Nigel said his lines and technique were fantastic. But, when it comes to personality, something is missing. Darius was next. Nigel said in the first few days of the Academy, the judges didn’t notice him until the Mandy Moore routine where he broke through. Then today with his duet, there was another huge break-through. They gave Darius a chair in the Top 5.

The last two dancers left were Kyle and Slavik. They are both hip-hop dancers. Nigel told Slavik that he gave a remarkable performance that day that tippd the balance for them. Kyle went home, and Slavik took that last place in the men’s Top 5. Nigel told them they are their Top 10 and it’s now in the hands of America. That meant they’re going to the Live Shows which begin next week!

NEXT WEEK: It’s the first week of the Live Shows where the dancers will partner with each othe to compete for America’s votes. The last remaining dancer at the end of the season will win America’s favorite dancer.