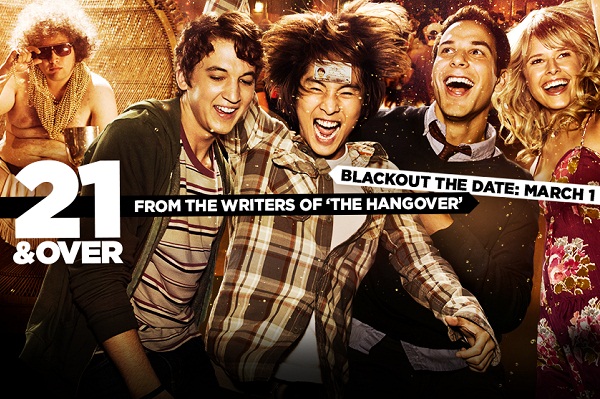 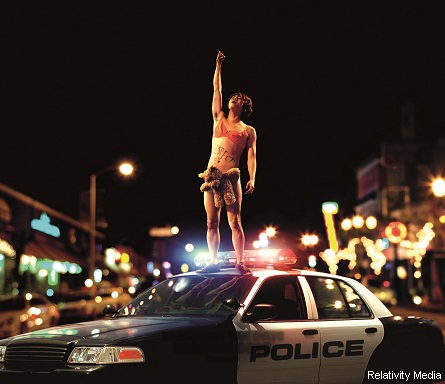 Twas the night before his big medical school interview, when young Jeff Chang (Justin Chon) was surprised by his two best friends from high school, Miller (Miles Teller) and Casey (Skylar Astin), who both have made special trips just to celebrates Jeff’s 21st birthday. Sounds nice right? But this is no ordinary story of friendship, writers Jon Lucas and Scott Moore made sure Jeff Chang would end up with a “HANGOVER” of epic proportions worthy of it’s own movie.

Dr. Chang (François Chau) Jeff’s dad is also in town visiting Jeff to make sure everything goes smoothly for the interview he has arranged for his son. Despite Dr. Chang’s final warning to Jeff that he must not be late and definitely not to embarrass him, Miller and Casey manage to convince Jeff to go out for just one drink.

One drink turns in to two, then three and more, and relate-able situations take a turn for the ridiculous, but that is where the comedy really sets-in. Before long Jeff ends up passing out leaving Miller and Casey with the task of getting Jeff safely home. The problem for Miller and Casey besides being drunk themselves is that they are lost too and can’t even remember Jeff’s address. Miller and Casey decide they need to find someone who can tell them where Jeff lives so they can get him home. With the clock ticking away leaving only hours until Jeff’s interview, Miller and Casey must now carry Jeff to what ends up being all over campus.

Miller and Casey’s late night adventure makes them enemies of some Latina sorority sisters (you won’t believe what they did to these poor girls). That’s not all, the male cheer leading squad is also looking to settle the score with Miller, Casey and Jeff (who is still unconscious). While this may seem like a lot to deal with, Miller and Casey are also discovering some disturbing secrets about Jeff along the way as people mention Jeff’s strange behavior in ways that really start to worry his best friends. None more worrisome than Miller and Casey finding a loaded gun in Jeff’s pocket.

In the face of extremely funny difficulties, Miller and Casey never give up their quest to get Jeff home. Even after being captured, tortured and held hostage themselves Miller and Casey still will do anything for Jeff and all just in time for an unexpected but not really surprising ending.

The laughs keep coming in this movie with plenty of “OMG” and “No they didn’t” moments that left the audience rolling in the isles. 21 AND OVER is a must see for HANGOVER movie fans.