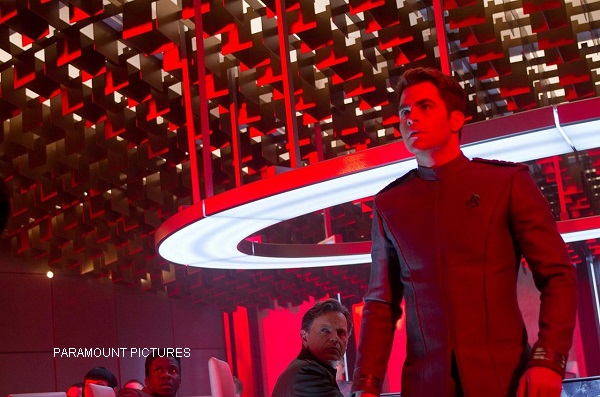 The director of “Star Trek Into Darkness” J.J. Abrams has one original cast member from the 1960s television version fooled. The actor who played Pike, Sean Kenney said he looks at Abrams as being a “connoisseur” of “Star Trek”, and tells us what he thinks of the new movies J.J. Abrams has directed in this candid interview at this year’s Star Trek Convention also with actor Don Marshall who played Lieutenant Boma on the series. 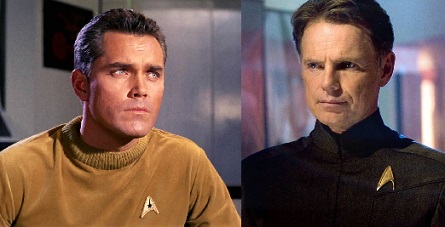 Kenney said of Abrams, “This man is obviously a connoisseur of “Star Trek” I know people who occasionally watch the show. This man knows the genre. The people involved in the remaking – I think he did an excellent job and the next one (Star Trek Into Darkness) coming out I’m sure will be superb.”

J.J. Abrams is quoted as saying in a recent Los Angeles Times Hero Complex article, “While I was never a fan of ‘Star Trek,’ I love movies, the idea of a big adventure told through a relatable character’s eyes. It’s my favorite thing in the world. I knew that when we started doing work on the first movie, we needed to come up with a way that this wasn’t just a “Star Trek” movie, meaning we couldn’t make it for fans of ‘Star Trek.'”

Kenney said of the first Abrams “Star Trek” movie, “There was very little I felt he should change. When Scotty came into the script I thought it was impeccable taste. Scotty was missing, then they showed how Scotty came to be. The gentleman from England that played Scotty did an exceptional job. They all did an exceptional job. They didn’t copy anybody.”

Don Marshall who played Lieutenant Boma on the original “Star Trek” series said of his character, “It was a very interesting character. One of the first black officers to have a part like that. It opened the doors. Roddenberry himself did that,” he stated. He also credits his role as getting him more into science fiction because before “Star Trek” he wasn’t into Sci-fi.

The one thing that always surprises Kenney at Star Trek conventions he said is when fans tell him how they’ve been affected by the show and how they’ve used it in their careers. Scientists tell him the reason why they like what “Star Trek” is all about is because it actually gave them ideas to push the envelope even further. “I’ve had Physicists, jet fighter pilots – come to me. They copied from ‘Star Trek.’ I think wow – how that embedded into people as children.” A fan, now in his thirties Kenney said, incorporated things seen on the show into fighting in Iraq. “It amazes me,” Kenney said.

In regards to the theory that “Star Trek” creator Gene Roddenberry was involved in government technologies that were featured on the show, Kenney and Marshall do not agree with that said that it is a result of Roddenberry’s life experiences that influenced “Star Trek”. Kenney said, “I think Gene came from the world where he was a fighter pilot, he was an armor pilot, captain on Pan Am. He was like an American James Bond. He was an L.A. cop, bomber pilot. He had many many things before he reached ‘Star Trek’. He was a Lieutenant. He knew the military, he knew how to create drama….The guy was just ahead of his time.”

Marshall said when audiences were seeing new ideas and gadgets on “Star Trek” what they were seeing was a collaborative work of everyone on the show. Behind-the-scenes, he said, Roddenberry was very open and allowed for input from everyone. “Gene was open . He opened the doors for other people. He was not a selfish man. He was very open and giving, He let other people express themselves.” He sated this is how the cell phone-like idea came about on the show – from accumulative imaginations working together.

If there’s one thing Kenney wishes for in all the the “Star Trek” formulas is to re-visit the “Forbidden Planet”, something that has not yet been done on any of the movies or television series. “Everybody likes forbidden” he said.

“Star Trek Into Darkness” opened in select theaters May 16 and nationwide May 17, 2013.