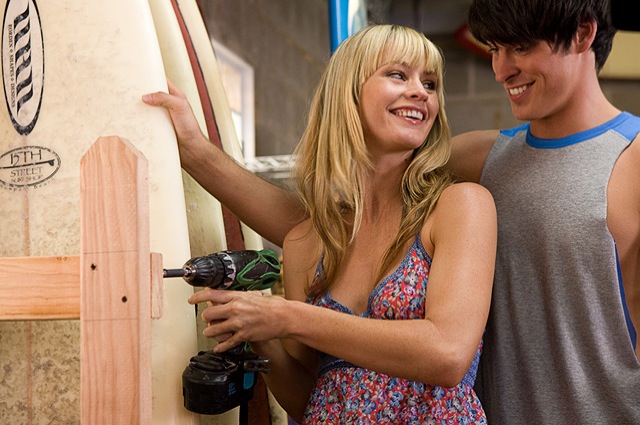 Any funny crass summer comedy film a guy can do, independent film director Leah Sturgis can do better. The Hard Breakers is Sturgis’ directorial debut. With an uncanny ability to provide both male and female humor alike, Sturgis’ comedy was just selected for the chance to be screened at the Director’s Guild for distribution purposes and is on its way to your theater and/or TV set, summer 2010.

Although an indie film, the cast is made up of a bunch of familiar faces from Chris Kattan, Tom Arnold, Bobby Lee, and Tia Carrere, with Sophie Monk and Cameron Richardson starring as a comedy team ala Laverne and Shirley style, only more modern, blonde, and sexier. Raised in Nevada, Sturgis followed the film crowd and moved to Canada, making her mark in British Columbia. After learning from the best at the IATSE Camera Trainee program, Sturgis moved on to direct over 60 various TV shows for Canadian TV. Now, settled back in America, she not only directed, but also co-wrote (along with Elaine Fogg), and produced The Hard Breakers. Watch out male Hollywood suits, there is a new woman in town, and Sturgis speaks your language.
www.hardbreakersthemovie.com/