SET NEWS EXCLUSIVE! Behind-the-scenes!
Reported & written by: John Perry
A ninth season has come to an end to the popular FOX cooking competition show, “Hell’s Kitchen” with celebrity chef Gordon Ramsay crowning the winner this season. The two challengers left standing were Will Lustberg and Paul Niedermann. Our on-set news reporter reveals a twist and recalls a different ending than the one that was aired on September 19, 2011. 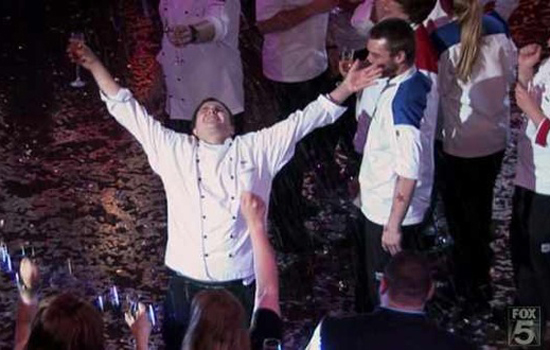 HOLLYWOOD JUNKET reporter stated that the taping that he attended to “Hell’s Kitchen” back in the spring of this year had challenger to Paul, Will winning the show. The final episode was filmed at The Belasco Theater in downtown Los Angeles. 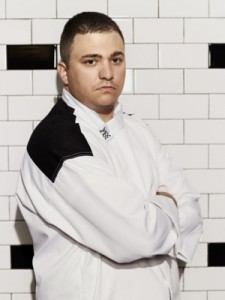 At the taping our reporter attended, Will was declared the winner of the entire season to a large audience of over 400 people. He won Hell’s Kitchen by winning the challenge for the BLT steak judges, winning three out of five taste tests. Streamers flew, champagne corks popped. Everyone celebrated Will’s victory! Our reporter stated that it seemed like the producers of the show used the same audience shots celebrating “Will’s victory” to celebrate Paul’s victory.

We’re not quite sure if Fox intentionally made a fake ending, or did they for some reason change the winner? While at the taping, our reporter said that the show crew was very strict and banned cell phones. This is not uncommon at show tapings. Some shows are more strict than others. Another theory is that the show could have assembled this elaborate scheme to prevent “spoilers”.

We know that “Project Runway” does just that each season as not to leak the true winner. They have all final four contestants show their work at Fashion Week in Bryant Park as to not reveal the true final two contestants.

At the actual “Hell’s Kitchen” taping, they declared Will the winner of the contract. Then in the aired finale they gave it to the Paul. The editing seemed odd with a lot of cutaways to friends and family. Maybe this is typical of “Hell’s Kitchen” finale shows to hide the true winner and prevent unwanted spoilers.