INSANE OR INSPIRED: Syfy, Best of the Best on YouTube!

MEN IN BLACK 3- 3D, Movie Review, Has Happened Before, Will Happen Again!

INSANE OR INSPIRED: Syfy, Best of the Best on YouTube! 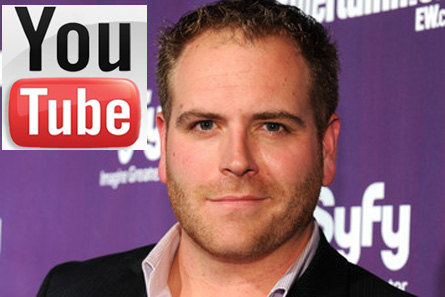 Syfy’s newest reality series Insane or Inspired? will premiere Friday, May 25 at 10PM (ET/PT). Each hour-long episode will count down the craziest, most hilarious and exciting videos from the internet that lean into the world of imagination, invention, and extreme experiences.

The series premiere episode, “25 Wildest Home-brewed Superheroes” showcases some of the most impressive, creative, and hilarious acts of backyard bravery and ingenuity posted on the internet! These fearless, everyday individuals attempt feats seen only in the pages of comic books, from shooting flames from their hands to constructing zombie-killing machete-slingshots and everything in between. Through it all, our cast of comedians and television personalities will break it down, from the genuinely amazing to the amazingly wild. In future episodes, Insane or Inspired? will explore ingenious inventions, creative backyard stunts and the wildest feats and flops on the web.

Insane or Inspired? is produced by Comcast Studios with Jay James, Betsy Rott, and Sean Olsen serving as Executive Producers.