The Friendship is Over! THE VOICE Season 21 Blinds Week 2 Recap

God Sent a Sign on THE VOICE Season 21 Blinds – Teams Are Full!

In the making since 1927, Los Angeles finally has a museum dedicated to the making of films is now a reality and starting today, September 20th, 2021, it’s officially open.  The concept was first tested-out when the Academy for Motion Pictures of Arts and Sciences had an installment at the Los Angeles County Museum in the Saban building.  It was the beginning of what was to come and what is now here, The Academy Museum of Motion Pictures.

In an interview conducted by the Screen Actors Guild (SAG), we got some insight on the museum from Bill Kramer who is the Director and President of Academy Museum Motion Pictures.

The Academy has been collecting pieces for it’s planned museum since the late 1920s.  They have the largest film related collection in the world, over 13 million pieces which were housed at the Pickford Center on Vine Blvd. and at the Margaret Harriet Library on La Cienega.  Also part of the museum’s exhibits are “loans” when exhibitions are rotated, these loan items go back to their owners.

A curatorial team and a programming team created a framework around the museum’s stories exhibition.  They brought in Academy members that included an inclusion advisory committee  that included black, brown, Asian, disabled, LGBTQ, Academy members to insure that they had enough diversity and getting the craft conversation correct.

The Saban building, which houses most of the exhibits, was originally built in 1939.  Inside this building is where the Academy Museum starts.  It’s connected by glass bridges (named Barbara Stresisand and Casey Wasserman) the sphere structure houses a 1,000 seat David Geffen theater, plus a public gathering space at the top deck “The Dolby Family Terrace”  Inside the lower lobby is a 288 seat theater called the Ted Mann Theater for film screenings, daily screenings, and symposiums.  Free to the public is the Spielberg Family Gallery which features ten introductory films on the history of cinema.  “Stories of Cinema” is a three- floor exhibition.  It will also explore the “less proud moments in the history of the Academy and the film industry.”

Part of the Wanda Gallery are floor-to-ceiling projections.  There are six vignettes showcasing significant movies and movie artists. Including “Citizen Kane” (1941) where visitors will get to see the famous Rosebud prop.  There will be limited time for a chance for visitors to see “Rosebud” because this particular piece is on loan from Steven Spielberg and not a permanent piece of the museum’s collection.  That will go back to Spielberg once that exhibition is over. 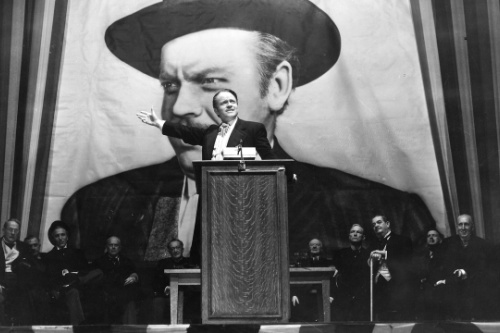 Other movies include “Real Women Have Curves” (2002).  Artists in this exhibition include Bruce Lee, Thelma Schoonmaker, Martin Scorsese’s long-time editor. Emmanuel “Chivo”Lubezki, the Cinematographer of films “Gravity,” and “The Revenant.”  Also, Oscar Micheaux who is a pioneering Afro-American author, director and producer.

There’s a two-gallery experience devoted to the history of the Academy Awards. The first gallery inside the Saban building contains 20 historic Oscar statues.  The larger gallery has a walk-through of the Academy awards history from 1927 to the present.  This includes significant wins and Oscar snubs.  This exhibition also includes controversial history of the Oscars like “Oscars so white,” the lack of female representations and Hattie McDaniel’s mistreatment at the Oscar’s ceremony (“Gone with the Wind” in 1939).

The first Latina actress to ever receive an  Oscar, Rita Morena for her role of Anita in “West Side Story” in 1961 will be represented in the Academy Awards History Gallery.  Visitors will be able to view the gown that she wore when she received her milestone Oscar.

The Art of Moviemaking is a series of galleries about directors’ inspiration.  Their first collaboration is with Spike Lee.  The museum has props from the office of Spike Lee.  “I’m very happy about this,” Lee said. He also stated that this exhibition is “a sneak peek into my loves and influences.”  He hopes that schools make the museum visit a requirement.

The Academy has galleries that are designed to rotate.  Where the Spike Lee gallery will always be devoted to a director, a different director will be presented after 12 months after they open.    Kramer said it’s to “ensure that we’re telling diverse stories and that we’re telling honest and transparent stories.”

A deeper dive into the movie -making process will show visitors the mechanics and creation of the story, and the casting process.  Films used to illustrate these topics include “The Wizard of Oz,” “Boys Don’t Cry,” and “E.T.” 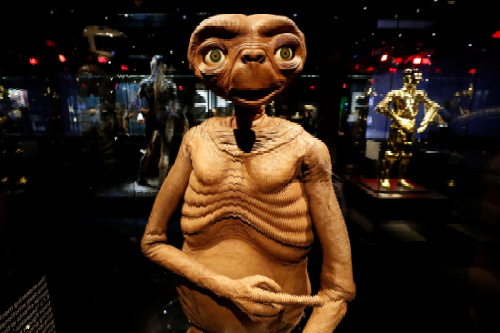 One of, if not the most important part of movies, is sound.  There is a Sound Gallery where visitors will get to watch a short film made with Skywalker Sound that breaks down the layers of art design in “Raiders of the Lost Arc.”  Other galleries shine a spotlight on Costumes, Hair & Makeup.  This gallery will also touch on how makeup was used to perpetuate stereotypes and offensive “black face.”

Some impressive pieces that attendees will get to see at the Academy Museum come from the films “2001,” “Alien,” and “Star Wars.”  The museum has on display the Aries 1B Lunar Landing model from “2001: A Space Odyssey.” Tom Hanks and Christopher Nolan helped them to secure it.

Director of “2001,” Stanley Kubrick did not hold on to his props.  He was known for destroying  things because he wanted to maintain the mystique of his films.”  Kramer stated that “this is something that we painstakingly restored.”  It will be in the gallery of Sci-Fi and Fantasy films and part of their permanent collection along with the head of “Alien,” and CP30. 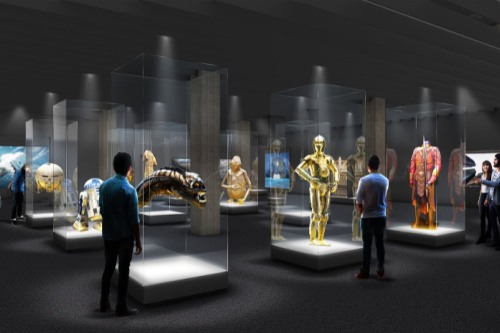 Guests of the museum will be treated with nothing but the best in movie theater technology.   Inside the spherical building is a 1,000 seat David Geffen Theater.  It can show films on digital, 35 mm, 70 mm, nitrate.  Outfitted with state-of-the- art Dolby Atmos sound. Also a sixty-person orchestra pit.  Visitors will be able to see short films throughout the day, special screenings and premieres in the evening. 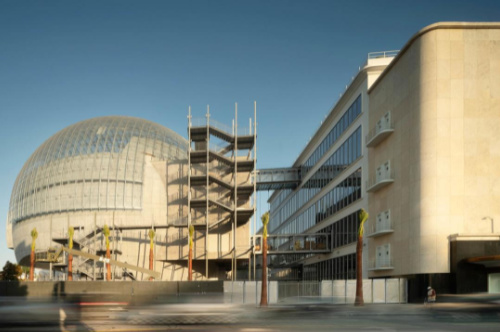 Some of the upcoming programming at the museum includes a series on Oscar winning horror films; two screenings of “The Wizard of Oz” with a live orchestra; series on Anna May Wong; family matinees; series of films scored by women; a film screening of “Malcom X” in 70 mm with Spike Lee and Denzel Washington; Golden age of Mexican cinema…and more.

There will also be “straight conversations” without movie screenings.  One will be of actress Laura Dern interviewing her parents Bruce Dern and Diane Ladd.  For more information visit: academymuseum.org

Lastly, at the Saban is “Bruce the Shark” from “JAWS.” The shark is the largest object in the museum’s collection and the sole surviving shark made from the original 25 foot mold used to build the special effects in “Jaws.” 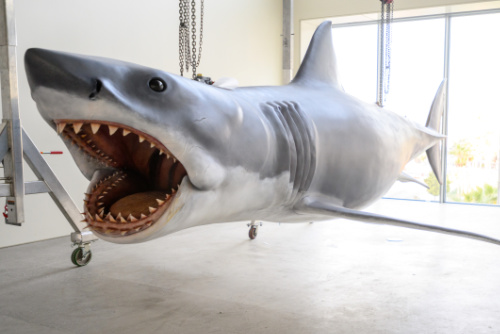