One Singer Not Ready For THE X FACTOR USA 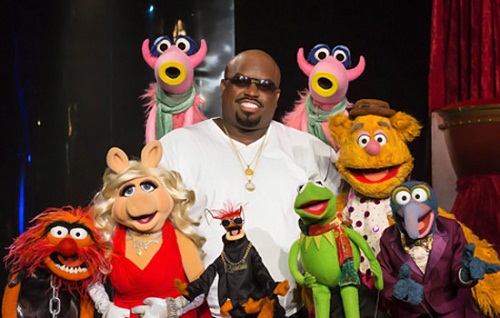 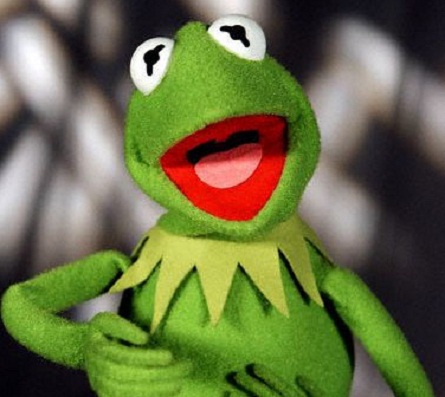 Kermit the Frog sang duet with Cee Lo Green on “The Voice”.

HOLLYWOOD JUNKET reporter stated that the audience was brought into the sound stage where Cee Lo played the piano with Kermit at his side on a big round stage. They filmed a couple of takes then they were done, our reporter stated.

According to the reporter: We waited for almost two hours in a holding area, and went in to watch a brief performance of Kermit the Frog, and Cee Lo Green. Kermit was the special guest. I was only inside for about 20 minutes. They sang “Bein’ Green” with Cee Lo on piano, and Kermit by his side on the big round sound stage. It was kind of cute. They did a couple takes, and we were done. The episode will air November 27, 2012 on NBC.

During a press conference, Cee Lo talked about his upcoming projects and about how he volunteered to be one of the two coaches on the show to take time off. He and Christina Aguilera will be taking “The Voice” season 4 off. Music artists Usher and Shakira will be taking their place. The blind auditions for season 4 have already been filmed with the new coaches. 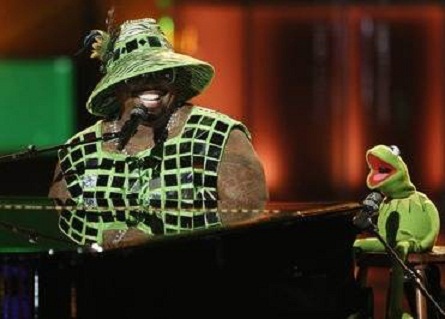 Cee Lo said he asked NBC to be let go for Season 4 in order to “devote” himself to “other prior obligations” that he’s equally responsible for “they are equally important for me. I definitely want to master the muti-task of doing it all and doing it all right and in good taste.” He says he has a Christmas album that is out with his entire teams from “The Voice” seasons one, two and three.

Carson Daly said, “Our coaches are so important because they’re out doing these things. They are four of the busiest people in the business. And that relevance is what’s needed on the show. The artists that come onto the show deserve that. It’s a family.” Cee Lo said, “I’ll definitely be back.”