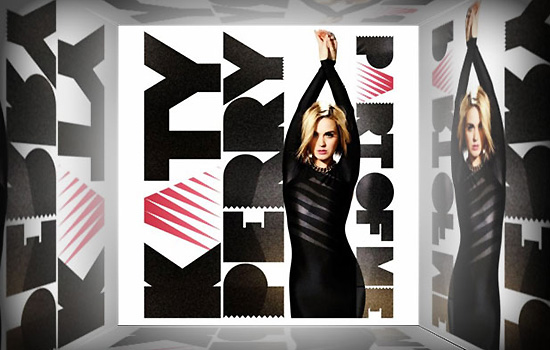 Be the first to see the new trailer for “Katy Perry: Part of Me” documentary being released from Paramount in 3D. Fans can also be first to actually be part of the movie through a special opportunity.

To participate and be part of the film, there are 3 ways – 1. Submit a video of you singing along to “Firework”, 2. Submit a video of how Katy inspires you, or 3. upload a photo of you from one of Katy’s concerts. In order to submit you media, you’ll need to go to the following link: http://www.katyperrypartofme.com/submit/
Watch the trailer below, also available on iTunes:

The documentary is to be released on July 5, 2012, “Katy Perry: Part of Me” will be a first-ever big-screen look at the international superstar’s life both on- and off-stage.

In a press release from Paramount Pictures, Katy said, “I am so excited to paint the silver screen in 3D color with help from our friends at Paramount and Imagine. For the last year and a half, I have intimately documented my life both on and off the stage of The California Dreams Tour. I want to take you behind the cotton candy clouds and reveal the highs and lows and nuts of bolts of this extraordinary ride. I promise you, after seeing this film, you will truly know me.”

“This has been a milestone year for Katy. She is emblematic of the culturally forward thinking artists that we endeavor to highlight at Insurge, so when the opportunity came about to work with her on this film, Adam Goodman (President of Paramount Film Group) and I immediately jumped at the chance,” said Amy Powell, President, Paramount Insurge.

The trailer teases viewers with a glimpse of what Katy’s world was like during her recent and very public divorce from Russell Brand.

Katy began documenting her California Dreams Tour, consisting of 124 performances, over a year ago. Her management team, Direct Management, soon after brought AEG into the project to film the artist’s two shows at Staples Center in LA in 3D. A partnership with Imagine Entertainment followed.