LOVE IN THE WILD: Jesse and Ali Make a Surprising Reveal!

LOVE IN THE WILD: Jesse and Ali Make a Surprising Reveal! 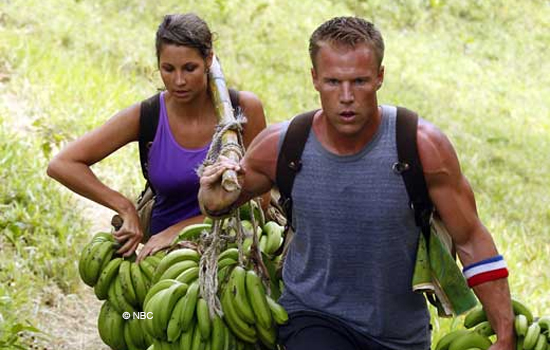 For singles seeking adventure and romance, they can possibly obtain both if they get matched with the right partner in NBC’s dating reality competition show “Love in the Wild” hosted by Jenny McCarthy.

Couples are challenged weekly to complete a different physical task set-up in a race to finish first. First prize is a stay at the only luxurious accommodations set-up for the contestants called “The Oasis”. Couples who place second, third, fourth and fifth reside in the “Camp” setting. The grand prize for the winner of the show’s finale is a trip around the world with the person you competed with. This places strong pressure on contestants being in the game for the right reason. For love and to find that special someone.

Some contestants, have found this to be impossible as such in the case with last week’s episode where two couples went home instead of the usual one. The remaining four at the end could not find a partner that they were happy staying with. They were: Ali Leitza, Jesse Wilson, Jenna Gillund, and Ryan Smith. The Couples who remain in the game are: Chase and Summer, Ben and Michelle, Ken and Yanina.

In a phone conference call with two of the competitors that went home, Jesse Wilson and Alie Leitza they answered questions about their experience on the show and if there were any regrets that they have. 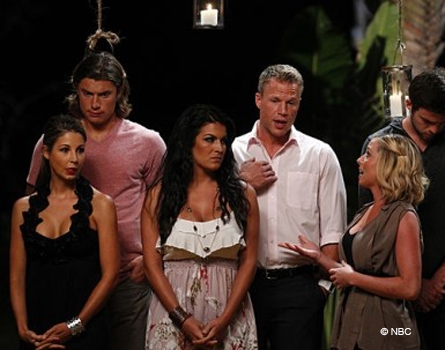 Wilson, whom gained a bad reputation on the island of “Love in the Wild” for being a “bad boy” for being intimate with his partner, Tara Locke, then switching her out for another girl, then ultimately ended up with Ali. Jesse answered the question if the Tara outcome affected his game poorly. “I don’t believe so. We had a job to do to get through some competition. I think it was obvious that we didn’t have a complete connection. I don’t believe it really affected mine and Ali’s relationship.”

Was Ali’s expectations of Jesse disappointing? Leitza answered, “I just went in with eyes wide open and said this is a new partner lets see where this goes. Too much of The energy between Jesse and I was spent bickering rather than working as a cohesive couple.”

Leitza stated that her worst moments in the show was jumping off of the cliff (she is afraid of heights), and during her last few days on the island when she was partnered with Ben. Leitza stated that during that time, she went from “I can do this, I can do this to I can’t get out of here soon enough!”

We asked Wilson if he was genuinely interested in Leitza or if he was just playing the game. Wilson’s answer was, “From day one the only girl that really caught my eye was Ali. I heard her voice- Southern girl…perfect.” Wilson also explained that he didn’t get the chance to get to know Alie in the beginning because of their separation in their living arrangements on the island. He explained that the outcome of the first challenge placed him and his partner in the Oasis. The second challenge Ali won in which she and her partner stayed at the Oasis.

Wilson stated that his “main goal was to finish the competition with Ali. After the first ceremony when the girls had the chance to re-pick. I said I wanted Ali. I got chosen by Tara.”

Ali and Jesse’s audio interview in the player below:

We finally had to ask Leitza the big question – Did she regret not giving Jesse another chance? Her answer was, “Yes and No. I think that by the end of the episode I didn’t have my head in it anymore. I didn’t have enough to give to Jesse. Jesse and I are two different people. Under different circumstance we probably would not have been like oil and vinegar like we were on TV. It was a little bit too much on a national stage. If I had not felt so neglected as a partner with Ben I might had still had my head in the game and wanted to join with Jesse. Had I looked at him and said ‘do you want to be my partner’ and felt like he would have said ‘yes’ and not say ‘hell no’. But there was still a little bit of my pride left where I didn’t know if he was going to want to get back at me. So, I felt like this was a good opprotunity to leave.”

Ultimately, Leitza surprisingly admits regarding partnering with Wilson, “had we had a little bit more down time and had my head in the game, I would have wanted to continue.”

A little tidbit that we caught after the our interview, Leitza asked Wilson if he would have done that. Wilson responded after a long pause, “No”.