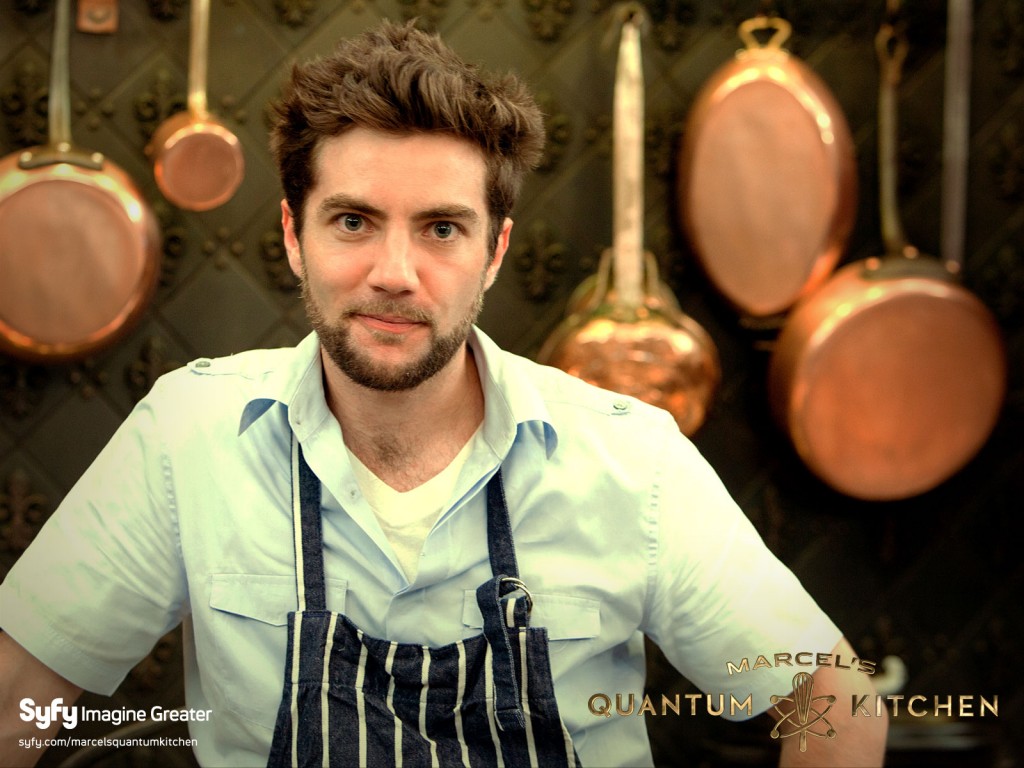 SPECIAL GIVEAWAY details at the end of this post!

“Top Chef”s recent “All-Stars” and Season two contestant Marcel Vigneron who has been penned a “villian” is now running his own catering business that specializes in what other than molecular gastronomy. 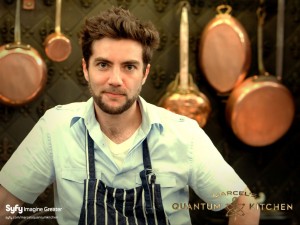 During a conference call on Monday, Vigneron explains to reporters how the show came about. It has been three years in the making. While working in Las Vegas, a producer approached him with the idea. They made a pilot and pitched it to several networks including Syfy. Syfy picked it up and the show begins to air March 22nd.

Currently residing and working in Los Angeles, viewers will watch Vigneron cater to clients to fulfill their many food requests. One of the things that clients get when they hire Vigneron and his team are edible center pieces. Working along side Vigneron are mixologist and chef Devon Espinosa, cook and artist Jarrid Masse, and assistant cook and caterer Robyn Wilson. Vigneron states that “Robyn has the least experience cooking but has more experience dealing with the front of the house and different aspects of catering.” He also admits that his team consists of his friends, stating, “It’s difficult to be friends and be their boss. Because we’re friends we are able to overcome trials and tribulations.”

During the conference call, Vigneron stated that “Marcel’s Quantum Kitchen” is unlike any show on television right now, and that viewers will get a chance to see a different side of him other than his alter ego “Top Chef” ultra competitive side.

Vigneron stated that since viewers watched him on the second season of “Top Chef” that he has grown as a chef in that he no longer practices techniques to food dishes just because he can. He said that if something doesn’t make sense or is not appropriate with a particular dish, then he doesn’t do it. Also, in “Marcel’s Quantum Kitchen” the sky’s the limit. There are no restraints as there were in “Top Chef”. “I’m really inspired by the clients that I’m cooking for, and am given the tools and the space to do a lot more.”

What the future holds for this talented chef? He stated that the next logical step is a restaurant in Los Angeles. Besides his new reality show, his current projects include two books. One is a cookbook for home cooks to use molecular gastronomy to add creativity to their cooking. The other is a memoir about his “crazy life working in the hospitality industry”.