NBA Week on WHEEL OF FORTUNE with NBA Star Players!

NBA Week on WHEEL OF FORTUNE with NBA Star Players! 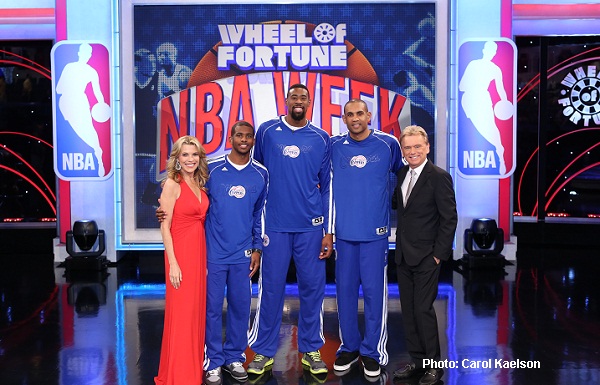 The NBA and Wheel of Fortune collaborated with the New York Knicks, Washington Wizards, Philadelphia 76ers, Miami Heat, and Boston Celtics to offer the contestants the chance to win special VIP prize packages including tickets to home games for each of the teams and a shopping spree at NBAStore.com.

For the first-time-ever, the green monitors on Wheel of Fortune’s famed puzzleboard will feature “logoman,” the NBA’s iconic silhouetted logo in place of the Wheel of Fortune logo. The set will also be custom-designed complete with team logos and jerseys.