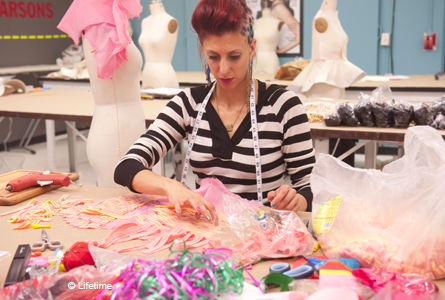 In a recent interview, Heidi Klum, super-model host of Lifetime fashion competition reality show, “Project Runway” talked to reporters about what she thinks of contestants this season, and a sticky-sweet design challenge that the designers will be stuck-in this week! 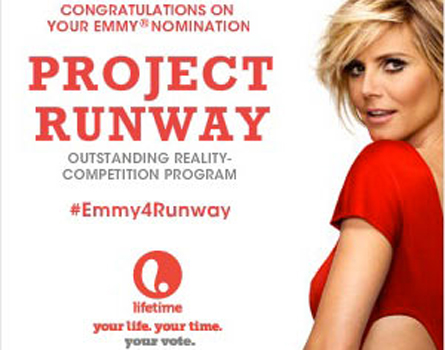 The successful reality series marks its tenth run this season. Klum expressed her pride and joy, stating, “We’re on longer, on television than I Love Lucy, and we always laugh about it because we all love I Love Lucy. It’s amazing. Ten seasons is a milestone. It’s a long time.”

Klum expressed, “Even though we’ve been doing it for ten seasons I still love coming to work every season. I love being with Michael (Kors) and I love being with Nina and Tim. They’re all so much fun, and we have become a family.” 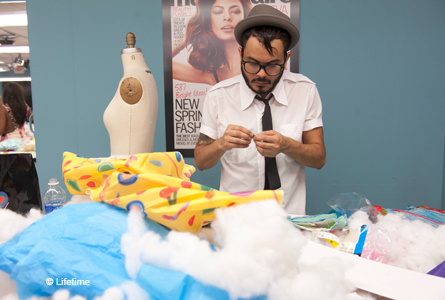 Keeping-up with the latest fashion trends can be a challenge in itself. Klum said, “Each season fashion evolves and fashion becomes different and so do our designers. I think we have some on this season that are not that talented and we quickly see that. We have some that are really amazing that have come up with new things where we sit there and we’re like, ‘Wow, we haven’t seen anything like that,’ or ‘You have a different technique’.”

Sneak-Peek video of episode 2 below:

Viewers of “Project Runway” can expect to see more out-of-the-box designs this season that will force contestants to “make it work” some of Klum’s favorites! She said, “Obviously I love the challenges where they have to use unconventional materials and yes, those pieces do stand out for me. We had for example a challenge with a car where they had to use materials that were part of the car. Someone made a beautiful trench coat out of seat belts or the mirror of the car and broke it and made jewelry out of it or it was part of the dress. They get really creative when they don’t actually have fabrics and I always love that.”

Coming-up on this week’s episode of “Project Runway” viewers will see creative designs using only candy! Klum stated, “We had one (challenge) where they had to make clothes out of candy. We actually went to Ralph Lauren’s daughter’s store. So we went to the Dylan Candy Store and they loved it. I loved it too. I love the unconventional challenge when they get to make clothes out of things that are not fabric.”