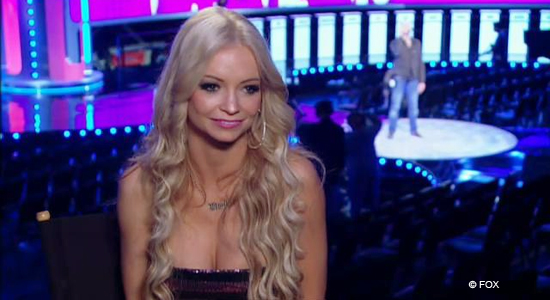 The FOX dating game show “Take Me Out” that’s hosted by George Lopez, not Cat Deeley (“The Choice”) is winding down to the end of its first season. Last week’s episode ended with Mindy Robinson – one of the many lucky ladies who gets to choose which male single guy they’d like to be wooed by, exited with a gentleman who whisked her away to the “Take Me Out Resort” where they go out on a date. 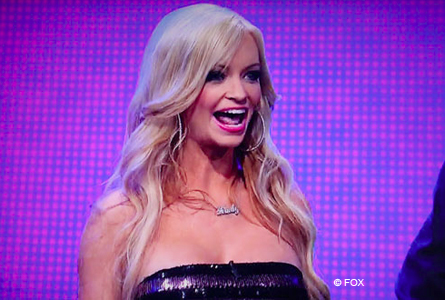 Mindy talks about deciding on the guys!

HOLLYWOOD JUNKET got an exclusive interview with Mindy where she talked candidily about working on “Take Me Out”. Robinson stated that all of the clothes she wore on the show were her own and that her favorite one was the pink dress.

The Light Situation!
As for her favorite guy? Well, there weren’t many of those. Robinson talked about not keeping her light on. “I only left my light on once so far (as of two weeks ago). This one guy…I guess he told the audience that he wanted to look at our shoes. So he asked me to come behind the podium and he wanted me to turn around. I was like, ‘you want to look at my ass’. So I marched back down and told him he needed to hit my button…I was not going to participate even if he asked me a question. That’s rude.” Robinson said the other FOX dating show, “The Choice” was one that she was orginally suppose to be on. “I did three run-throughs. I ended-up being on ‘Take Me Out’. It’s a better deal. It’s a better show”. 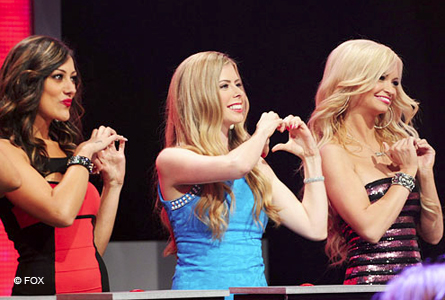 Mindy (far right) with other girls on the show!

We asked – Do the girls, including yourself, turn their lights off because they want to stay on the show longer? Robinson responded, “Well you know you’re on a show and if you hit that light you are gone. You have to find a guy that’s worth keeping that light on for. I guess I am particular. I’m single in real life for a reason. I’m picky and probably really hard to please at this point. Probably not ready to give-up something like that for just some guy.” In retrospect, Robinson also recollected having not such fond memories of any of the men. “I could name any guy you ask and I could go – Oh, that’s why I hit my light…that’s why I hit my light”.

Lots of Fans!
At Comic Con Robinson encountered many fans who recognized her from “Take Me Out”. She said, “Now I can say that they know me from this (Take Me Out). It’s pretty cool and one thing I noticed that for the first time when looking at my fanpage demographics that I have female fans. It’s been like 80 percent dudes. Because of the show it’s almost evened out now. It’s sixty-forty. I’ll take it”.