Run From THE HILLS to THE VINEYARD This Summer – Preview!

Run From THE HILLS to THE VINEYARD This Summer – Preview! 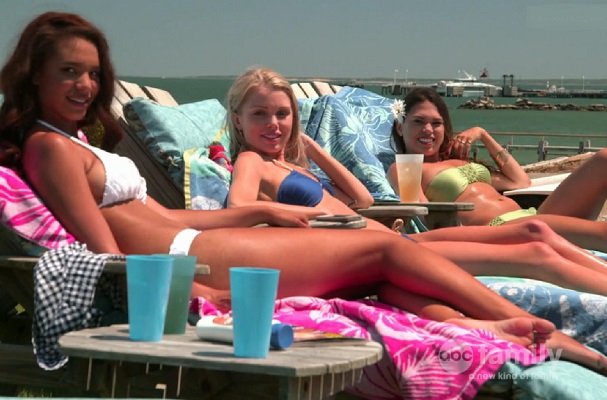 ABC Family has managed to do a worthy updated version of MTV’s “The Hills” for the East Coast with a very similar California feel conveniently set in the vacation town for the wealthy in Martha’s Vineyard.

Like “The Hills”, it’s a docu-drama with the look and feel of a scripted series. Much of the situations consists of parties, and work, the same as “The Hills.” “The Vineyard” focuses on the interactions between these young island inhibitors in much the same way with scenic bumpers and signature Ariel shots thrown-in. Some are locals, some are “wash-ashores”, or temporary transplants.

The group of young twenty-somethings consists of locals who are forced to live together in the “Black Dog” house courtesy of the Black Dog gift shop where they all work. Managers of Black Dog Jackie and Gabby are best friends with Katie who is the center of the show. Her narration guides viewers through some of the back stories and missing pieces. 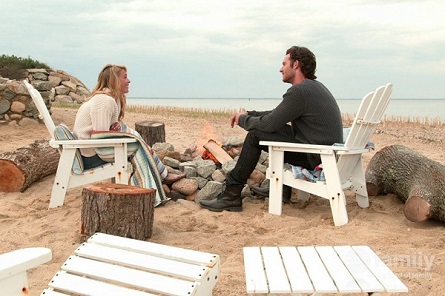 Katie arrives to the Martha’s Vineyard island with some life choices still to make. She confides in her good friend Luis, whom she is unsuspecting of having a crush on her and tells him, “Its a weird age. You’re to be expected to know what you want to do and where you want to go and who you want to be with.” These are choices Katie is still deciding.

An unlikely and ironic pairing of destined enemies has Luis, a non-local who is in love with Katie, and Jonathan, a local who has his sights set on getting Katie, as room-mates and co-workers parking boats. To add insult to injury, Jonathan is Luis’ supervisor.

Intertwined are also Ben, a college drop-out who returns from the Coast Guard and his close friend Cat, who is an Audrina Patridge copy. Cat is also having difficulties with growing-up and making her own way in the world through her art.

Emily is the unforgettable flirty bombshell who is dead set on finding a rich man to settle down with. When Katie asked her why she doesn’t want to work at something to earn her own money, Emily’s response was, “Why would you want to do that? That sounds so stressful.”

This is the core group in which it seems in the first episode the other characters – Sophi, Taelyr, Daniel and Sean O’Brien – the island instigator, stories fall around.

A new location, but the same story. Young attractive people forming love triangles and enemies along the way. The overlapping of these characters deciding who they want to be with is a sure ingredient for disaster.

Jackie decides to “go for” Luis. Cat seems to also have her eye on Luis, while Katie is slowly trying to decide if she likes Luis in that way. Cat is seen chatting it up with Luis, but it’s later revealed in a next episode teaser that she has a past with Ben and may still have feelings for him. Ben likes Sophi, and when she suggests that they “should do something” it seems she is also interested. Emily just sits back and observes it all, but also makes those involved in the triangles aware of whom likes whom which is a surefire way to start a lot of tension in this new night-time ABC Family soap docu-drama.

The premiere episode of “The Vineyard” that airs Tuesday, July 23rd at 10:00 pm ET/PT, ends with a bold attempt by one of the characters trying to mark his territory which ultimately leads to an inevitable outcome. “The Vineyard” is interesting enough to tune in each week for more twists and surprise outcomes for the rest of the season.