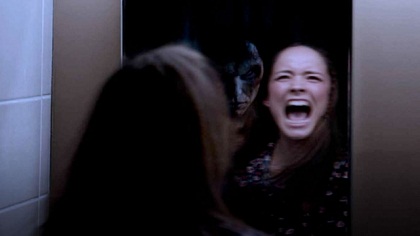 Every school campus has its secrets! From the creators of the hit series Celebrity Ghost Stories, Executive Producer Mark Burnett, Seth Jarrett, and Julie Insognato take viewers on a spooky thrill ride through the most haunted colleges and high schools in America. Students, faculty, and alumni, share their personal paranormal encounters while their experiences are brought to “back to life.”

Collision Curse / Deadly Dorm Games – Sneak Peek
Two college roommates pull pranks, but the spirit of a girl hit by a train near their dorm gets the last laugh.