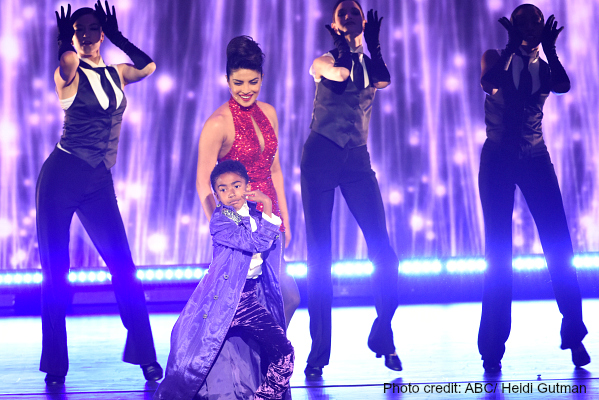 Today, ABC officially announced the networks Fall television Fall schedule at the Up Fronts. There are many new promising shows in the comedy and drama genres. Leaving the ABC network are the following shows which have been cancelled: Castle, Nashville, Blood and Oil, Agent Carter, The Muppets, The Family, Wicked City, Astronaut Wives Club, Galavant, Rookie Blue, The Whispers, and Of Kings and Prophets.

Though ABC has axed “Agent Carter” show, star Hayley Atwell (“Peggy Carter”) won’t be without a job. She’s returning to ABC this Fall as Carter Morrison in drama “Conviction.” 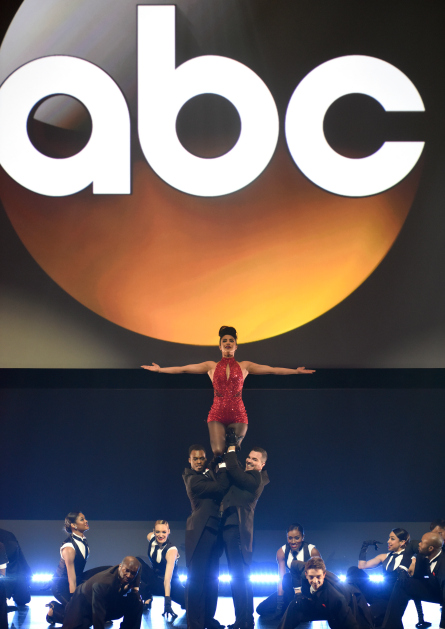 Shows that were announced during ABC’s last year’s Up Fronts that survived their Freshman year and will be returning include: Quantico (who’s star, Priyank Chopra, was part of the Upfront presentation by performing a show), Black-ish, Dr. Ken, The Real O’Neal, American Crime, The Catch, Secrets and Lies.

Katie Otto (Katy Mixon, “Mike and Molly”), a confident, unapologetic, plump wife and mother of three, raises her flawed family in the wealthy town of Westport, Connecticut, filled with “perfect” mommies and their “perfect” offspring.  She lets us in on her deepest, most unfiltered thoughts through voice-over as the she lives her life as the second fattest housewife in Westport.

Based on the web series, “Downward Dog” is about a struggling millennial, Nan (Emmy nominated Allison Tolman, “Fargo”), from the point of view of her lonely and philosophical dog, Martin.  One session at obedience school already makes them realize that even at their worst, they may be the best thing for each other. 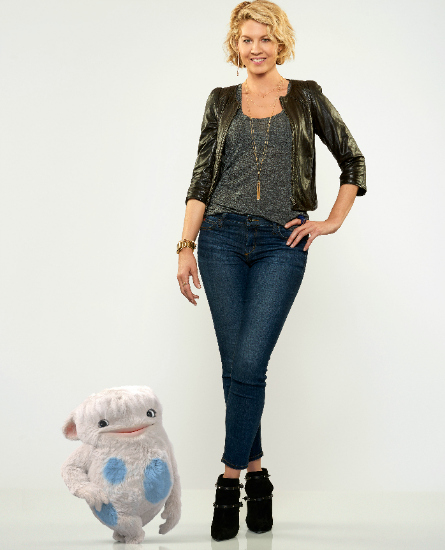 Jenna Elfman from “Dharma & Greg” fame, plays “Alice” in her return to sitcom prime time with “Imaginary Mary” new romantic comedy. Alice is happily dating a single father of three children. The main problem – she’s terrified of children, and not really kid person. Her anxiety of her boyfriend pressuring her into combining their lives, causes her imaginary friend from when she was a child to re-appear and give her immature advice. How much will Alice listen to this imaginary friend/voice in her head? The fun begins when we tune-in this Fall. 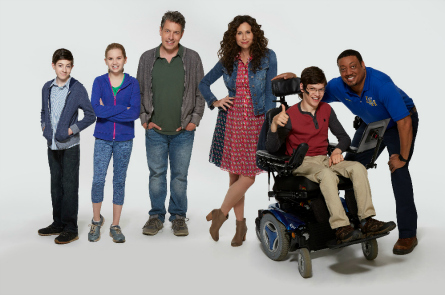 Maya DiMeo (Minnie Driver, “About A Boy,” “The Riches,” “Good Will Hunting”) is a mom on a mission who will do anything for her husband Jimmy, her kids Ray, Dylan, and JJ, her eldest son with special needs.  As Maya fights injustices both real and imagined, the family works to make a new home for themselves, and searches for just the right person to give JJ his “voice.”

Scott Silveri (“Friends”) writes and is executive producer of the show, along with “Fresh Off the Boat’s” Jake Kasdan and Melvin Mar.  The series is from Twentieth Century Fox Television and ABC Studios.

Lawyer and former First Daughter Hayes Morrison (Hayley Atwell, “Marvel’s Agent Carter”) is about to accept a job offered from her sexy nemesis, NY District Attorney Wayne Wallis, to avoid jail time for cocaine possession and avoid hurting her mother’s Senate campaign. Working with his team at the new Conviction Integrity Unit will let her use her brilliant mind to turn over cases where there is credible suspicion of wrongful conviction, and give her a chance to turn things around with her high-powered political family.

Emmy and Golden Globe winning actor Kiefer Sutherland (“24”) returns to primetime in a conspiracy thriller as Tom Kirkman, a lower cabinet member who unexpectedly becomes president after a devastating attack on Washington. He will struggle to prevent the country and his own family from falling into chaos, as he is thrust into one of the most difficult presidencies in history. 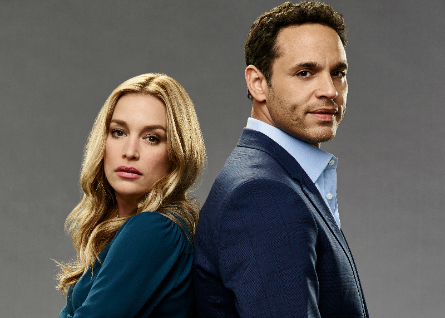 It’s “Scandal” meets “Newsroom” in this back-stabbing, cut-throat scripted behind-the-scenes drama of a prime time news program starring Piper Perabo (Coyote Ugly fame… and BTW, the woman does NOT age) as news producer Julia George. “Notorious” teases audiences in its trailer with some major unethical new practicies and things are not as they always appear in news reporting where everyone has a secret agenda. Julia is at the core of all the madness and mayhem and seems to be orchestrating most of it. Similar to “Scandal”, the show promises plenty of manipulation amongst the key players as well as sex. “Notorious” co-stars Jake Gregorian who plays Julia’s partner-in-crime, and Aimee Richelle Teegarden as “Ella” who is the constant thorn in Julia’s side.

“Still Star-Crossed,” a period drama from Shondaland, picks up where the famous story of Romeo and Juliet ends, charting the treachery, palace intrigue and ill-fated romances of the Montagues and Capulets in the wake of the young lovers’ tragic fate.  The series is based on the book by Melinda Taub.

Based on the novel and movie “Time After Time,” executive producer/writer Kevin Williamson (“The Vampire Diaries,” “Scream” franchise, “Dawson’s Creek”) delivers a fantastical cat and mouse adventure through time when famed science fiction writer H.G. Wells is transported to modern day Manhattan in pursuit of Jack the Ripper.  Once H.G. arrives in New York City, he finds a world he never thought possible and a young woman who captivates him.

The series stars Freddie Stroma (“Harry Potter” films) as H.G. Wells,  Josh Bowman (“Revenge”) as John Stevenson/Jack the Ripper,  Genesis Rodriguez (“Big Hero 6”) as Jane and Regina Taylor (“Dig”) as Vanessa Anders.  “Time After Time” is from Outerbanks Entertainment in association with Warner Bros. Television Williamson and Marcos Siega (“Blindspot,” “The Following”) are executive producers. Siega directed the pilot.  Williamson wrote the teleplay. “Time After Time” is based on the novel written by Karl Alexander.

ABC’S returning alternative shows include: “America’s Funniest Home Videos (AFV), “The Bachelor”, “Shark Tank” and it’s spin-off show “Beyond the Tank”, and “Dancing with the Stars”.