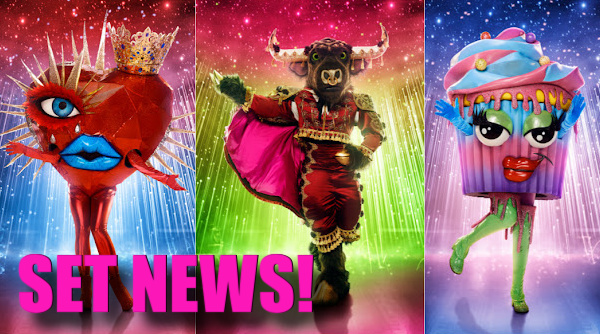 “The Masked Singer” finale show will air sometime right before Christmas.  The episode will be fully decked-out in Christmas themed arrangements and props.  One thing that keeps the show fresh is the show’s ever-evolving format.  This season, the guessing panel – Robin Thicke, Nicole Scheringer, Jenny McCarthy, and Ken Jeong will get to play a dating speed round with each contestant in one of the episodes that will allow for more clues to be revealed!  Popular host, fan favorite Nick Cannon returns (for the full season this time!).

Group B contestants this season are made-up of Masks: CUPCAKE, MALLARD, BANANA SPLIT, QUEEN OF HEARTS, THE SKUNK,  and Wild Card Mask, CATERPILLAR. 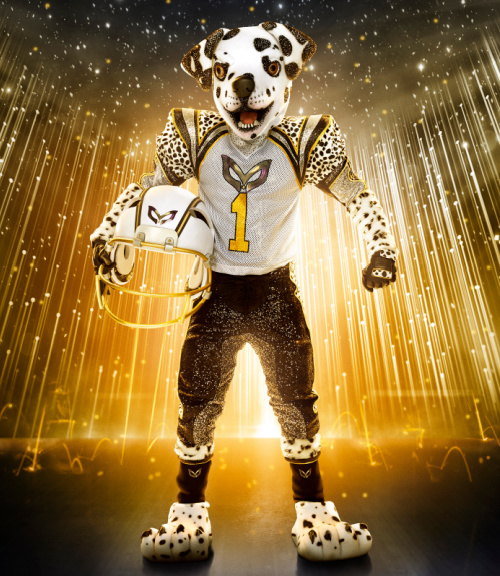 THE CUPCAKE – the judges predicted that this is the voice of a living legend.  Cupcake laughs a lot when she talks.  The Cupcake sang Bruno Mars’ song “Finesse.”  She said she was supposed to be on the show with someone else.  Judges were trying to guess a singer that was part of a group or a duo.

Some of the guesses were: Tina Turner, Tamera and Tia Mowry, Grace Jones, RuPaul.

MALLARD – Mallard first wowed the judges with a Country song.  Then changed lanes and sang “My House” by Flo Rida.  This Mallard is married to a woman whom he first met in fourth grade.  He said one of his most desirable physical attributes is dimples.

Some guesses were: Luke Bryan, Mario Lopez, Garth Brooks.  Another clue – when he said his favorite holiday is “Boxing Day,” Nicole knew that was a giveaway that he’s from Great Britain.

BANANA SPLIT – It’s a duo.  In their performance, they displayed mad talent.  The banana was incredibly talented on the piano.  The Ice Cream scoop showed-off amazing vocals!!

Some of the guesses were: David Foster and Catherine McPhee, Billy Joel and his daughter. 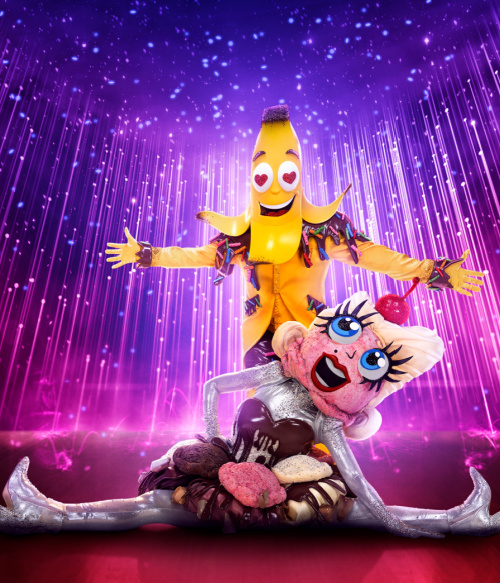 Queen of Hearts – Queen of Hearts might be our winner this season.  “The Masked Singer” is a show that favors strong vocals for its winners.  And, “Queen of Hearts” has probably the most perfect vocals to ever compete on the show so far.  She sang a complicated french ballad, “La Vie En Rose,” that was so impressive, the judges stated that it sounded like a record.  She sounds like a cross between Sia and Christina Aguilera.

WILD CARD – Caterpillar surprised everyone when singing “If I Were a Boy” song.  The contestants and guessing panel got to play a fun speed dating round with each contestant to get more clues.  He said he’d be most into Robin Thicke during the dating speed round. One of his clues in his clue package included a basketball. Jenny McCarthy took the clue to mean “B.B.” as in,  a boy band.  She guessed that he was AJ Mclean from The Backstreet Boys.

Other clues included that he felt lonely growing up as a child and has been living on his own since he was a teenager.  He said he started stealing to get by, living in his car and spent time in jail.

Here’s a clue of our own for season 6 – one unmasked character will be a famous rapper.  Sorry, we know that’s really vague.  But, literally, that’s all we can say!

Before the season 6 finale airs, which will include an at-home Zoom voting audience, “The Masked Singer” will have two special episodes.  One episode that will recap the all time Top 9 performances, and a Christmas special where the contestants from this season perform.