In an NBC press conference call with celebrity members from the new cast of the latest installment of “The Celebrity Apprentice” they revealed some things that surprised them on the show. 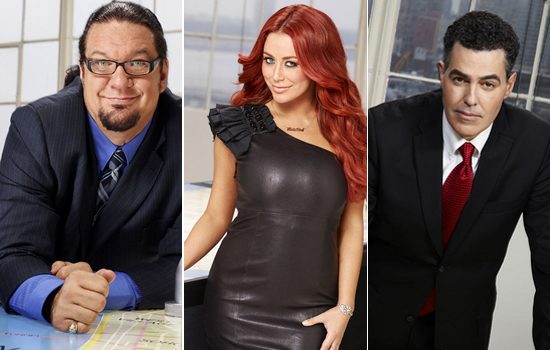 Adam Carolla, Penn Jillette, Aubrey O’Day and Lou Ferrigno, who had to exit the call early due to background sound interference, were participants in the call. They talked about fellow celebrities that surprised them, and what they didn’t expect on the show.

Ferrigno said “it was very difficult and tough, but a lot of fun”. Jillette named Paul Teutul Sr. as the player he was most surprised by. He stated that Teutul was very “smart, savvy and very kind”. Carolla said he was very surprised by Clay Aiken. “You normally don’t associate Clay Aiken with that guy you want on your football team.” Carolla said Aiken is extremely driven, and is a great team player.

O’Day was the only one on the phone call that said she has watched every episode of every “The Celebrity Apprentice” season. She said that this season will be more crazy than last season, and that there will be a rift between two celebrities (whom she did not name) even greater than the one between Gary Busy and Meatloaf from last season.

O’Day also stated that the men had an advantage over the women at the beginning of the season in having a few more recognizable names on their team. Also, there are three more players per side this season. Nine women versus nine women compared to the usual six versus six from past seasons.

Contrary to some early rumors during filming of the show in New York, O’Day said that cast members Victoria Gotti and Teresa Giudice haven’t had any major fights.

Both Carolla and Jillette agreed that they witnessed an unexpected side to Arsenio Hall that was very competitive and calculating.

“The Celebrity Apprentice” returns to NBC in it’s fifth season on Sunday, February 12 at 9 pm ET/PT.