THE NEWLYWED GAME: Old Game in a New World – Not the Best Coupling!

THE NEWLYWED GAME: Old Game in a New World – Not the Best Coupling!

Glendale, CA – GSN’s revamped version of the classic game show, “The Newlywed Game” started their second season of filming in Glendale, CA (although the show’s announcer opens the show, with “from Hollywood, Ca!”) on Wednesday, September 9th. 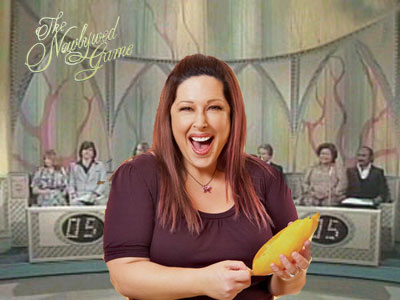 Host, Carnie Wilson in front of the original set of “The Newlywed Game”.

The original Newlywed Game show had many unforgettable features to it. Today…gone are the white gazebo style seating boxes where couples sat (replaced with bright pink love seats), gone is the pastel color pallet of the set (replaced by vibrant hues), and finally, gone is a charming, and easy to blush, host Bob Eubanks (replaced by an unshameful celebrity singer, Carnie Wilson). 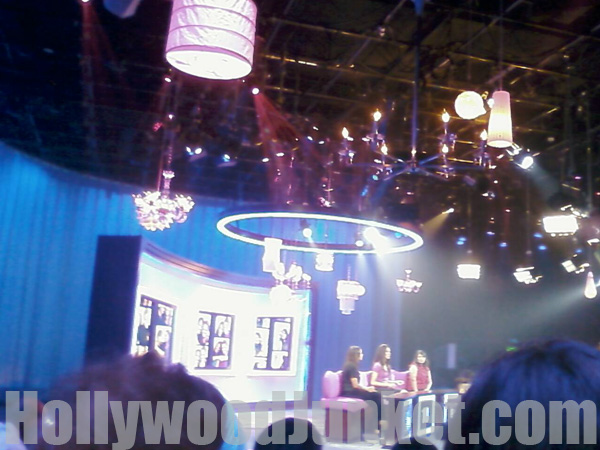 Modern set of “The Newlywed Game” not as bad as the modern questions & answers.

The production of “The Newlywed Game” show has been moved from New York, where the first season was shot, to Glendale, California. Executive Producer, Jen Kelly stepped-out onto the stage to briefly chat about the show before the first day of filming started. The shooting schedule of the show is an ambitious sixty-five shows to be shot in fourteen days! Filming of the show is expected to wrap October 10th.

Aside from the modernization of the set, much of how the game is played has been kept the same as the original show. There are three rounds. Three sets of newlywed couples are brought onto the stage to test their trivia knowledge about each other. In the first round, the husbands must answer questions regarding their wives once the wives have left stage. These same questions are asked again with their wives present, and the husbands must reveal their answers. Correct questions in this round earn the couples 5 points each. The second round, the roles are reversed. Couples earn ten points per correct answers. The third and final round is split by two possible correct answers by asking couples two-parter questions. For example, one of the questions (called “bonus questions”) asked of a group of the husbands was: Out of your wives friends, “She would like to kiss___, but you would like her to kiss___”. If they got one of the two correct, and in the correct order, the couple gained 15 points. Both correct answers, bump them up 30 points. One game had a tiebreaker that was determined by the tied couples picking a number closest to the one chosen. 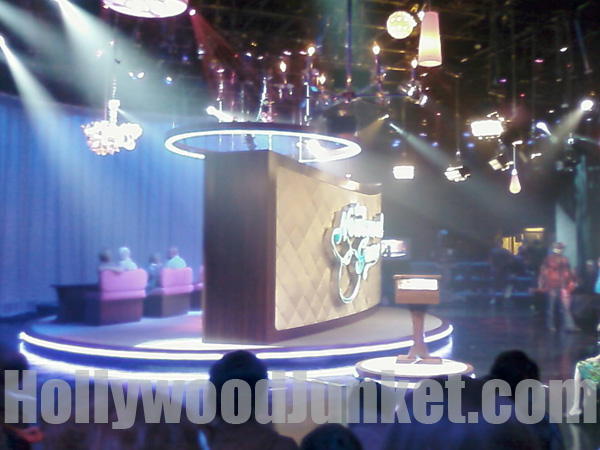 Non-winning couples on “The Newlywed Game” are rotated to the back.

The grand prizes that can be won by couples on the show are “second honeymoons” (first for some couples) to various places such as – St. Lucia Island’ near the Caribbean Ocean.

The half-hour show ties in a product placement type of ad with “Maybelline” cosmetics. Host, Wilson announces it with “It’s time for our Maybelline question”. The Maybelline question asked of the men was to the reference of their wives covering-up their flaws including – concealer for dark circles, or blemishes, and blush for pale complexions. The wives’ Maybelline question were – when do they get “dolled-up” the most? – going on a date with husband; going to work; or lounging around every day.

Are you bored yet? But, wait, yes there still are those sexual innuendo questions that made the original “The Newlywed Game” so cutting-edge and memorable. Half of the enjoyment of the original show was waiting to see the hosts’, Eubanks” blushing reactions to the surprising and unexpected answers from the couples. This has been changed to an inevitable modern host in a modern world. She (Wilson) doesn’t get embarrassed, she gets a bit raunchy herself, and fishes for personal details.

Well, it’s a whole new world, and there’s not a whole lot that makes for shocking TV anymore. This show is instead loaded with many questions that seem to be a bit too personal like, did we really need to know that, or just awkward and uncomfortable. For instance, one question asked of the wives about their husbands was who in their lives do they find “the most annoying”. One wife said it was her husband’s father. The actual answer that her husband gave was someone else. But, when host Wilson pushed the answer his wife gave and dug for an explanation as to why his father is so annoying, it became uncomfortable and awkward for this contestant, and myself.

When I first heard that Carnie Wilson is the host of this show, I was very excited to see her hosting skills and ready to be entertained. Wilson is unmistakeably a fun-loving and great person. But, she falls very flat as a host. The general consensuses of the studio audience agreed. Wilson is continually asked by production to give her questions with “more enthusiasm”. This in turn makes her seem not authentic, and more like a wind-up doll who’s just going through the motions. As a side-note, HOLLYWOOD JUNKET does take into account, that this was the show’s first day back on set from a brief break. But, we also take into consideration that this was not the first time this host hosted this same show.

One audience member asked Wilson when was she going to “start singing again?”. She did not respond. But, she did openly chat among surrounding studio audience in between takes. I would like to suggest a former game show host, Corbin Bernsen, from short-lived “How Much is Enough”. He’d bring one of the much needed ingredients back to the show, testosterone, and has the perfect personality for this show, another missing ingredient (personality). I’m not a Carnie Wilson hater, but I do feel strongly about creating a successful game show/host match.

Those that are interested in checking-out the rest of this season’s tapings, you’ll have until October 10th, when the show wraps. Producers of the show, who also produce “Who Wants to Be a Millionaire?” are still looking for couples to cast for the final week of filming.

“The Newlywed Game” premieres on GSN October 12th. GSNlive.com will feature quick question and answers of the couples shot on-set specially for the web.