In The Script They Were Called The Hoods 11/9 CITADEL 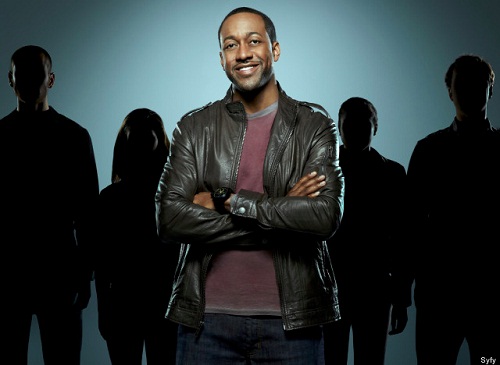 Syfy’s original game show “Total Blackout” is returning for a second season on Tuesday, October 30th. Returning host Jaleel White talked to us about the new season in an interview.

In droves…
Jaleel White said of his Syfy game show, “Total Blackout”,  “If I have to be associated with TV that people will genuinely get a kick out of in droves…I haven’t had one single bad comment on the show.”   While competing on “Dancing With the Stars”, White said he was in his trailer on his computer and said he watched as “Total Blackout” started trending on Twitter during it’s premiere night. “That’s what we do this for.  We do this for water cooler.  I saw the numbers start rolling in…80 tweets, 100 tweets, 240 something tweets” he said as the numbers started to build.

When asked if there will be a celebrity episode of “Total Blackout”, White said, “we may have a surprise in store for you regarding celebrities on Total Blackout”. He says he’d love to have Harvey Levin from TMZ on the show. “He would be my dream person just from a karmic standpoint”. 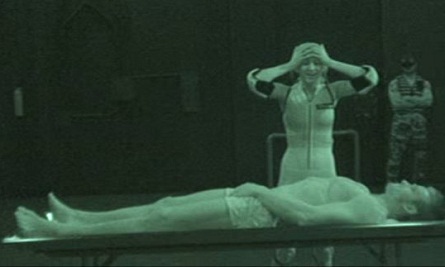 No strategy to this game –
White said, “The contestants get smarter and the producers get smarter. Obviously theses contestants have seen the fist season of the show and sometimes they think they can outsmart us and it’s our job to stay one step ahead of them. For example last year when we had a couples show, we specified that both individuals in the couple had to participate in the challenge. We had a couple last year that got a little smart” White said that one person was more scared than the other. So one did the challenge while the scared one held their hand. “So we knocked that out this year and we’re keeping them honest,” he said.

Let’s guess the weight, let’s guess the height…
“There’s some really good maze stuff that we have with mouse traps this year. We have some really interesting food challenges” White said where contestants will have to guess the inside fillings of donuts.  White didn’t mention what was inside of these donuts! “The show is growing. I didn’t really think that we’d be able to evolve as much as we have,” White said.

Different types of dark –
White warned, “In the audition they have a small room version of the things that they do on the show. The thing is the dark that you experience in that small room is nothing like the dark that you experience on the show. So, invariably people who were once one way in the audition process, they become a another way once the real lights go out.”