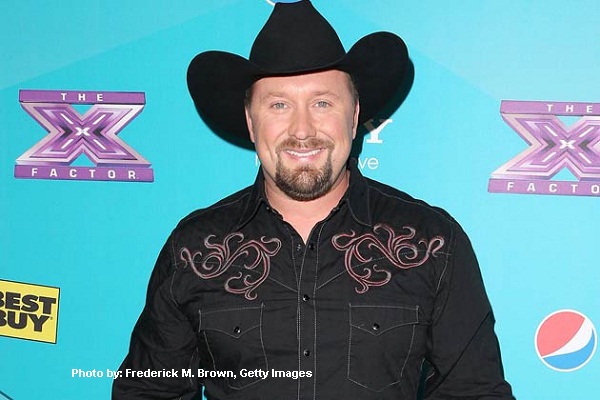 He entered the competition as a “hustler”, and ended it as a well deserving family man. Tate Stevens is the top choice who won the grand prize of $5 million recording contract on “The X Factor USA.”

Finishing in third place and leaving the competition was “Fifth Harmony” mentored by Simon Cowell. It was his last group left in the running. The all-girl group left the show saying, “Thank you for supporting us the entire time.” Simon said of their exit, “I have a feeling we’ll be seeing a lot more of these ladies.”

Simon said of the two finalists Carly Rose and Tate Stevens standing on stage side-by-side, “What’s great is look at the two of them standing on the stage representing different ages. They both deserve to win.”

Live performances on the show tonight were from Pit Bull and winners of “The X Factor UK” One Direction.

Once the time had arrived to announce the winner of “The X Factor USA”< the mentors came back out onto the stage with their acts. Britney with Carly Rose Sonenclar, and LA Reid with Tate Stevens.

Finally, after two hours of endless waiting, the time to announce the new winner of “The X Factor USA” had come. “The winner of The X Factor and a $5 million recording contract is ….Tate Stevens!”

Tate Stevens thank you speech was, “First, I’d like to thank the man upstairs for taking care of me. My family. All the country music fans. God bless you. Thank you so very much for all the votes. This is the best day of my life!” As well as we are sure the potential stalker from last night’s show when acts were allowed to see their home towns will be waiting for Tate’s return. Also on last night’s episode was Tate’s boss David who said he doesn’t expect Tate returning to work because he’s “going to take the whole thing.”

At the beginning of this season when LA Reid found out that he was to mentor the “Over 25s” category, he was very upset and reluctant to take them on. Host of “The X Factor USA” Mario Lopez asked LA about how he felt now that his singer Tate Stevens has won. LA said, “I think Tate stands as an example to never give up. Never give up on your dreams. Anything can happen!”

THE X FACTOR USA Auditions 2013:
For fans of the show who think they could be the next “X Factor” will be able to audition at one of four cities next year. Contestants must be age twelve and older. Auditions are: Los Angeles, CA March 6th; Charleston, SC on March 19; New Orleans, LA on April 14; Long Island, NY on April 25; and Denvor, CO on May 14th. Visit www.thexfactorusa.com