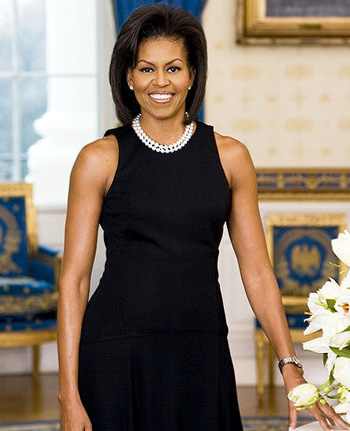 Message from Michelle Obama on "Wheel of Fortune".

Culver City, CA (February 1, 2012) – For many years, Wheel Of Fortune has celebrated our nation’s military with theme weeks featuring active, reserve and retired military personnel as contestants. Now, for the first time, America’s Game will be honoring those who make sacrifices on the home front with “Military Spouses Week.” The fifteen contestants selected to play are military spouses representing all branches.

The themed episodes air February 6-10, 2012, and features a welcome message from First Lady Michelle Obama, as well as information about “Joining Forces,” her initiative for the benefit of military families.

“Military Spouses Week is not just about the men and women serving,” said Pat Sajak, Wheel of Fortune Host. “It’s about the wives, husbands and kids behind the scenes, who are making sacrifices as well. It’s a way to honor them and to remind all of America that there are a lot of people behind this effort. ”

Military spouses move from place to place when their loved ones are reassigned and make sacrifices on the home front when our troops are deployed. “Military Spouses Week” is full of touching and timely stories, including an emotional reunion for a contestant who thinks her husband is on the front lines in Afghanistan, but finds out he is, in fact, waiting backstage to surprise her.