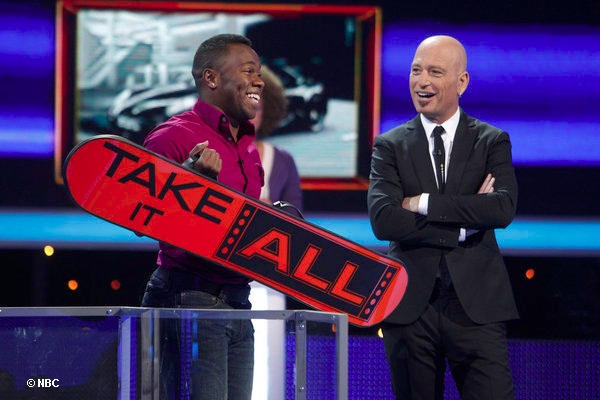 In a recent press interview, Howie Mandel explained how the game is played and what makes it different from how players would play it at home. He said that the prizes are extravagant and “beyond any gifts that a Secret Santa would have.” Mandel explained the rules, “We start with five. Everybody comes out with a decent prize. Who ever ends up with the least expensive prize, gives it back and goes home.” By the end, there are two people left that have a variable of “Cornucopia of extravagant prizes and they can pick cash. Then they have a choice. Their two choices are ‘keep it’ so they can keep everything that they have, or ‘take it all’ If one decides to take it all they get everything that they’ve accumulated throughout the hour plus what their opponent accumulated. If they both decide to take it all, they both end up with nothing.” Mandel described the game as “It’s great gamesmanship. It’s like poker.”

Mandel said it’s like poker because the game play depends on if “can you bluff somebody and you create a story and believing in what you’re saying?” Players who play the right way will receive a gift that may not be of a lot of value, but they can pretend that it is in order to make their opponents want to “steal” it away from them.

“It’s the most surprising social experience that I’ve ever been part of. I thought Deal or No Deal was an incredible social experience, but this takes it to the next level,” said Mandel. And, like “Deal or No Deal, there is no trivia and no stunts. Mandel said also similar to Deal’ is that contestants are “fainting, crying and screaming. He said, “You know you’re getting a visceral reaction.” This amount of emotion he said he hasn’t since “Deal or No Deal.”