TVâ€™s ultimate variety show, Americaâ€™s Got Talent, is getting ready to debut its 4th season on NBC and HOLLYWOOD JUNKET reporter, Delmy, got a chance to attend one of the first tapings in Los Angeles!

The taping took place at the “Redondo Beach Performing Arts Center”, in Redondo Beach, CA. This was one of the first stops of their multi-city taping tour. The atmosphere was a bit chaotic. The security was really tight. All audience members got checked a million times by metal detectors and unfortunately no cell phones or cameras were allowed! Thus, no set photos were taken at this particular filming day.

Production was successful at getting everyone inside the auditorium in a fairly timely manner. Another episode was planned for filming right after. Not too long after being seated and pumped-up by the audience warm-up host, that new show host, Nick Cannon, stepped out onto the stage to greet the audience. Soon followed by judges, Sharon Osbourne, David Hasselhoff and Pierce Morgan. Speaking of audience warm-up host, Nick Cannon himself started-out in television also as a “warm-up host” for Nickelodeon show “All That”, and soon transitioned to a regular and writer on the show.

The 4th season of “America’s Got Talent” definitely stepped it up a notch. For starters, the set looks different! A bit more lively, colorful and hip. After speaking to a few fans who attended the same taping, the overall consensus was that Cannon, as a host, is â€œrefreshingâ€ and â€œhipâ€. 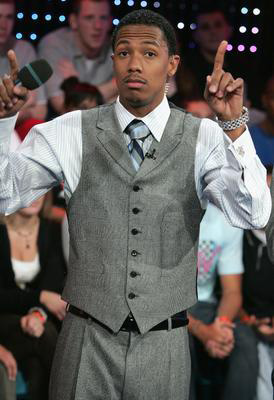 With this being said, it seems as though show producers’ intention is to either target, or cater to existing younger television viewers. Cannon is entertaining, funny and has an incredible energy that sucks the audience into the show! He has great improv skills, from his days as a stand-up comedian at Hollywood comedy venues, “The Improv”, and “The Laugh Factory”. He is also quick on his feet.

The actual talent acts on the show were amazing! Aside from the typical dancer or singer, there are all kinds of other talent involving instruments, magic, art and much more that you’ll have to wait to see when it airs. As for the judges, during much deliberating there was a sense of tension among them caused by disagreements among many acts. But in the end, it did make for a great show!

“Americaâ€™s Got Talent” will kick off on a two-hour premiere Tuesday, June 23rd and continuing on Wednesday June 24th. It is definitely worth watching. Let the ultimate variety show begin! Hopefully “America’s” version will get our own Susan Boyle!