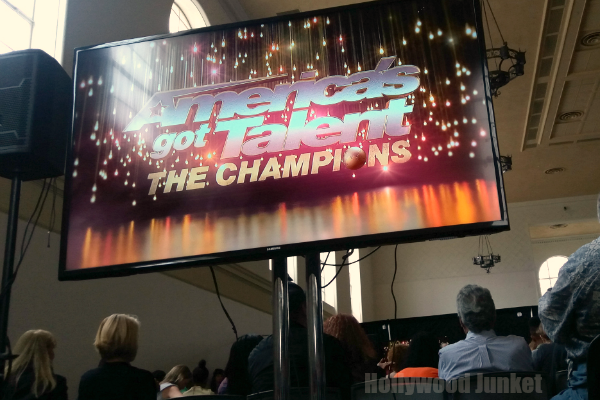 On Saturday afternoon, July 18, 2020, an audience company (hired by television shows) that contracts and pays people to sit-in on your favorite games shows, talk shows, and court shows, sent out an email announcing it’s first job opportunity since the Covid-19 shutdown which left hundreds of Hollywood productions hanging with either incomplete filming, postponed, or just cancelled shooting schedules. “As expected, there are a number of guidelines we need everyone to follow for this new opportunity,” the email stated.

For those of us curious as to how and when shows that normally have an in-studio audience will return. This seems to be the first multi-tiered step to just that. Shows currently airing (pre-taped before the pandemic) that have audience interaction include: “Press Your Luck,” “Ultimate Tag,” “Celebrity Family Feud,” “Match Game” and every other game show on TV. Not to mention the countless of court shows that feature paid audience galleries. “America’s Got Talent” possibly the most prominent show using audience interaction by making them “the fifth judge” to its celebrity panel of Simon Cowell, Heidi Klum, Sofia Vergara, and Howie Mandel is now having to finish it’s fifteenth season without that audience interaction, and filming the judges from their homes. “The Masked Singer” stated that it’s looking into taping the new season without an audience.

The audience notice went on to express how the show will be keeping things safe on the set, stating that it would be an outdoor taping “socially distanced and follow the production guidelines for the new COVID protocols.”

No word on which show it is that’s scheduled to be taped in the evening, the notice is referring to. It describes the seating to be in “a cocktail table seating arrangement socially distanced outside.” Along with using household members who have been quarantining together, and prior Covid testing to be done, the requirements for the audience participating in this taping are as follows:

The company said it’s organizing the Covid-19 testing day as a “show event” which audience members who were pre-approved to attend the show taping must apply for and attend. Once booked for the testing date, they’ll be checked in and checked out for the time it takes to take the test and “paid a 2 hour minimum” for their time.

Having audience members who are from the same households seated together at one table, distanced six feet apart from other tables with audience members seems to be a logical solution to working audiences back into shows so far. We’ll be reporting future updates on the topic. Update on audience shows HERE!