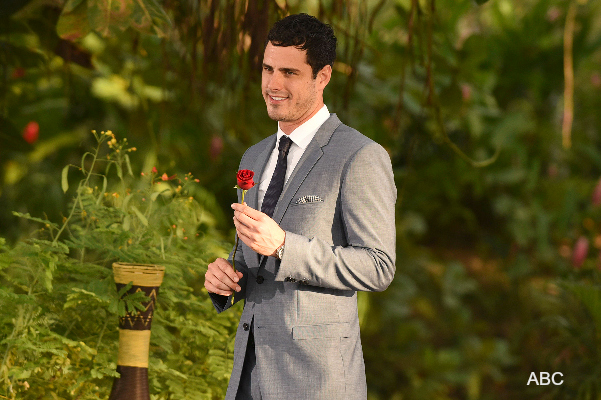 That race to the finish-line with a special person on the other end with the intent on marrying them is every Bachelor and Bachelorette’s dream to come from being on the show. However, in the case of Ben Higgins, it was two women that he felt love for. The arrival of wedding engagement ring designer, Neil Lane, didn’t help matters. Ben was in a confused stupor trying to explain to Lane that he loves two women and can’t quite decided who he’ll ask to marry.

It was the moment of truth for “The Bachelor” Ben as he stood in a sorted, emotional mess. Loving two people at the same time caused a tidal wave of conflicted feelings for Ben. But, now the time had come for Ben to choose only one woman as he awaited for the arrival of first Jojo (Joelle), and then Lauren.

After arriving, Jojo went into her thought-out speech to Ben. She stated, from the moment I met you, you instantly intrigued me. In just in a couple of months, you not only become my friend, but the man that I’m in love with. I love you with all my heart.” She then ensure him, “I’m never going to run away from this.” 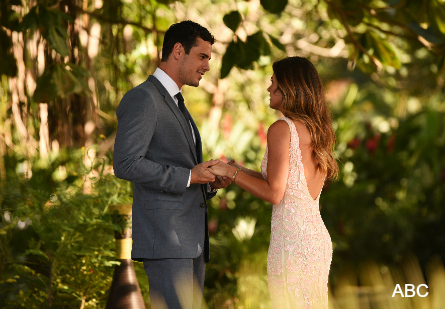 Jojo was stunned and reached for a reaction. Ben added “even on a day like today, there’s no question that I love you. But you asked me to be honest, and I tried to be.” Jojo reacted “I don’t even know what to say right now. I’m so confused. I’m blindsided. You told me you love me and that I’m your best friend. Where did it go wrong?”

Jojo said it was done, and she had to go. Ben walked her to the limo. Ben said in another world, he’d never want to say goodbye to her and told her he wish he could explain it to make sense but he can’t. They hugged, then Jojo got into the limo. Ben said Jojo got the raw deal of this and he doesn’t deserve Jojo.

Jojo’s interview from inside the limo, she sated that she felt speechless and never thought this would happen. She said he told her he wouldn’t blindside her, but she’s blindsided. “I’m really mad right now, but I can’t be.” She said she wished the next time someone tells her he loves her that they really mean it and they aren’t going anywhere.

Ben said he loves Lauren so much that saying goodbye to Jojo had to happened. “I love Lauren with all my heart and it’s a love I can’t loose,” he said.

He called Lauren’s father on the phone before Lauren arrived. He told him that he loves Lauren a lot and is ready to try and make his daughter the happiest woman in the world for a long time. Her father could be heard over the phone’s speaker that he has no doubt in his mind that Ben will deliver and has not only his blessing, but the whole family’s blessing.

When Lauren arrived, she was visibly very nervous and unsure if Ben chose Jojo. “Today will either be the best day of my life or the worst day,” she described it.

Ben told Lauren that he came into the show feeling “unlovable” then going into this experience, it’s full of goodbyes. Then said he doesn’t want to say goodbye to Lauren. “My desire from here on out is to live for you, commit to you, love you, hold you, kiss you a lot. Lauren, I want to spend the rest of my life with you.” 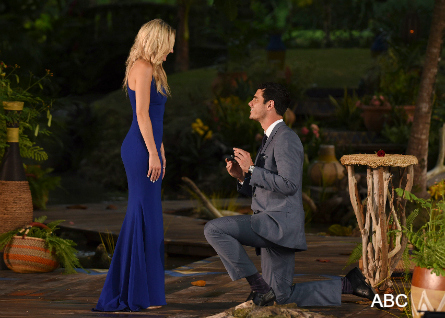 Lauren was overjoyed and thrilled as Ben kneeled down one one knee and proposed with a ring. “You’re my person,” he told her. Of course Lauren accepted his final rose.

See how Jojo is doing now on AFTER THE FINAL ROSE Recap here! 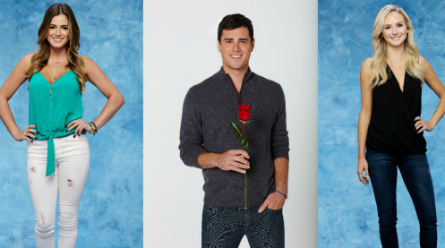