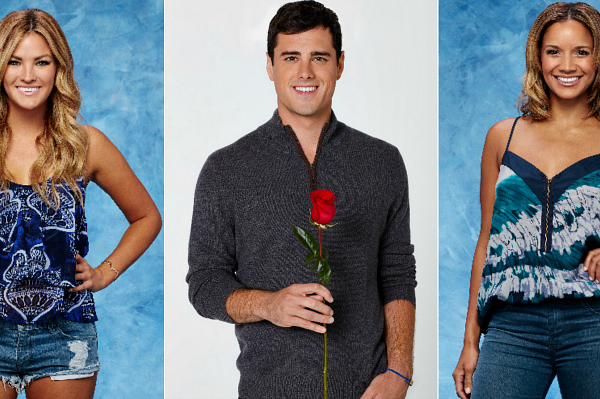 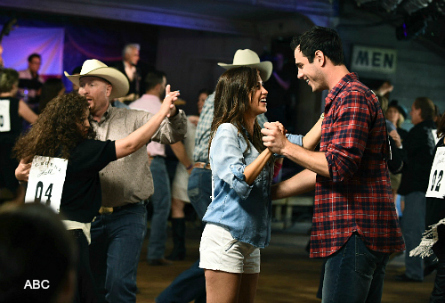 Popular suitor from Kaitlyn Bristowe’s season of “The Bachelorette”, Ben Higgins returned as season 20’s “The Bachelor” on ABC. This time, he had the difficult choice of selecting from 25 plus women of whom he’d like to keep, and whom to cut in night one.

Ben, from the small town of Warsaw, Indiana, said he wants to find a woman that supports small-town values which is very important to him. “Warsaw’s a place where the whole town feels like family,” Ben said, and the town supports Ben as the Bachelor.

As Ben stated to Kaitlyn during her “The Bachelorette” season, he still has the fear of “being unlovable” based on his past relationship experiences where he loved more, than they loved him back. His parents were troubled to hear this. Ben’s wish is to have a long-term relationship like his parents who “are still really into each other” after 30 plus years of marriage.

After the the chat with his parents, it was time for hanging out with the guys. Former Bachelors – Jason Mesnick, Sean Lowe, and Chris Soules, returned to this episode to advise Ben on his upcoming venture into the deep and murky waters of ‘Bachelor dating. This part of the show was also a very informative, inside peek for long-time viewers of the show who have ever wondered what it’s really like from the perspective of the Bachelor contestants. 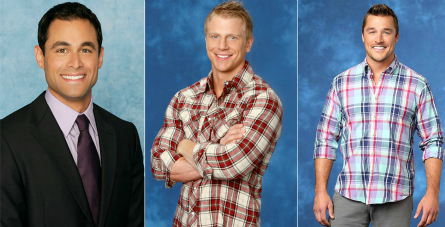 Ben said he wants to “join The Bachelor married club.” SO, we know he is definitely on the show for the right reasons. Because two of the Bachelor men are married (to women from the show) – Jason and Sean Lowe, Ben felt that he could learn something from them. Chris Soules advised, “You get one opportunity to meet your wife, and if you’re not putting 110% into it every single time…”

Jason (who remember, dumped Melissa Rycroft on national television only to get back with runner-up Molly) actually gave the best advice when he told Ben not to close-off any of the girls because you have no idea where the relationship is going to go, and they all move at different speeds.

Sean Lowe said in your head, try not to make the conscious decision that this girl is going to be here at the end. He said in his case, he didn’t know that the one would be Catherine until half way through season.

Chris Soules, of all people, advised Ben to try to make all the girls feel as comfortable as possible. He said the more they feel comfortable, the more they will be themselves. Remember when he created one of many awkward situations by ratted-out Ashley I. to Kelsey during their Badlands date?

Ben said it’s not an easy experience, and he’s got some problems to fix. Really? Already? Ben then stated, “I want to find someone who’s excited about being alive and being in love.” Host Chris Harrison asked, at 26 years old, is Ben too young to find love? Ben said “no”.

Like every season, “The Bachelor” pulls a small amount of women to showcase before the limo scene who are featured in video packages. The first woman, is also the first one to step out of the first limo – Lauren B. 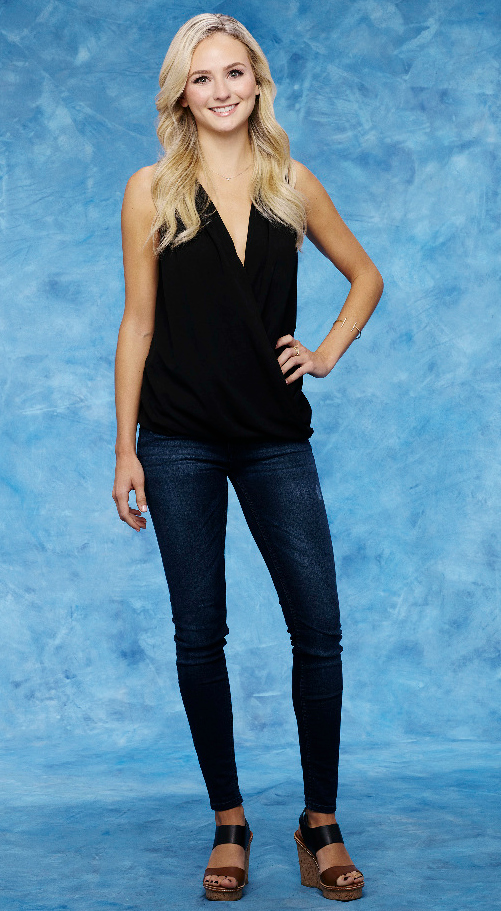 Lauren B. is a flight attendant who gives Ben some wings upon her first encounter with him out of the limo. 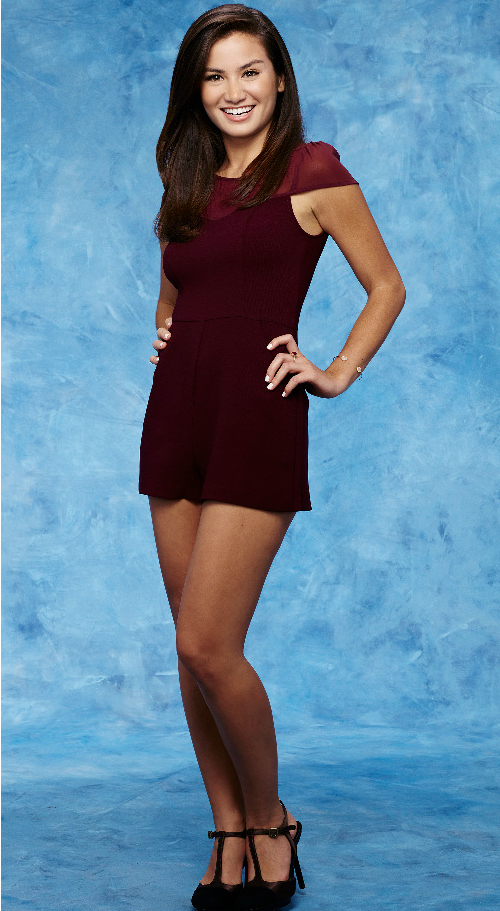 Calia is a 23 year old software sales rep from Boston. She said she got butterflies when she saw Ben on TV and ended it with her boyfriend. 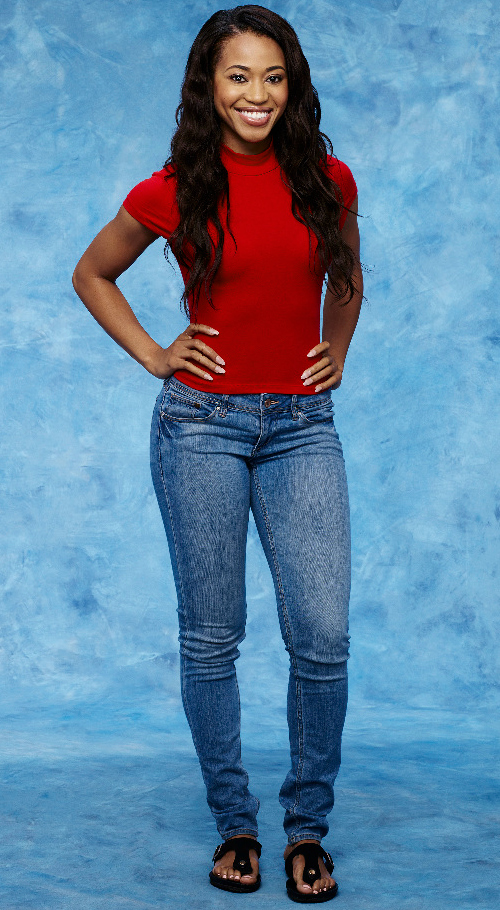 Jubilee joined the military at 18 years of age. “I’m on a mission to win Ben’s heart. All’s fair in love and war,” she said. Jubilee also noted that Ben has every last quality that she wants in a guy. 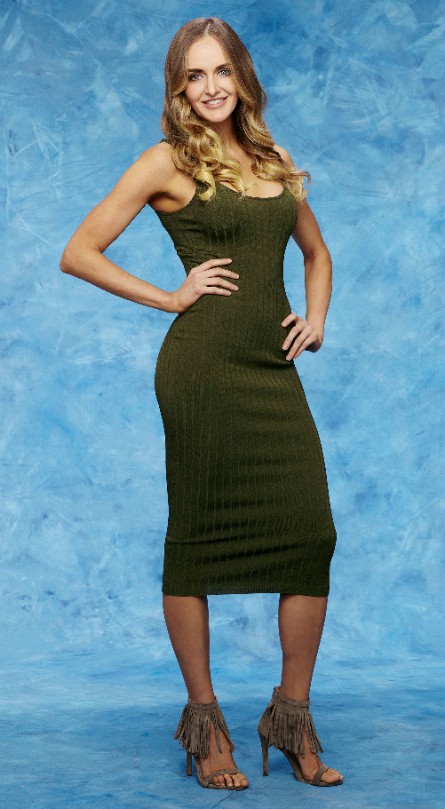 Mandi is a 28 year old dentist who looks like a young Heather Graham, said “I’m not your average girl. I embrace the weird.” She also shows that off when she arrives at “The Bachelor” house. 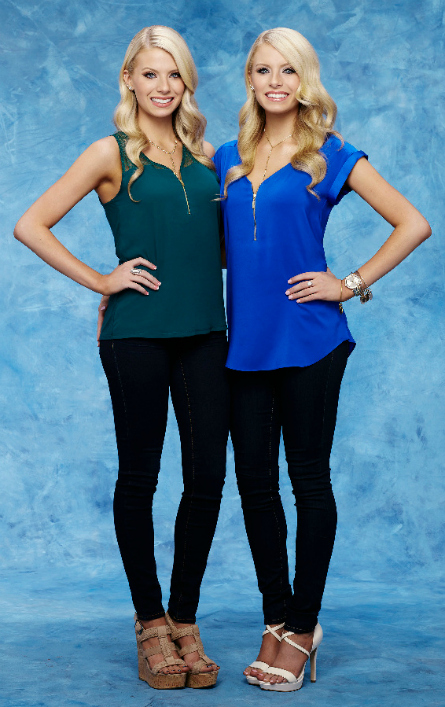 Haley & Emily are 22 year old twins who said they can read each others minds. They’ve never dated the same guy. 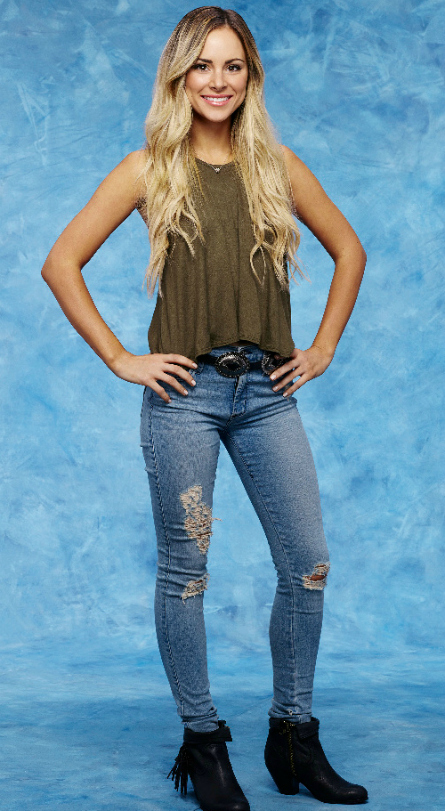 Amanda is a 25 year old Esthetician from Orange County, and a divorced single mom of a three and a half year old and two year old. She hasn’t dated in two years. She said she is ready to date again for herself and for her kids and said it seems that Ben would be a good role model. 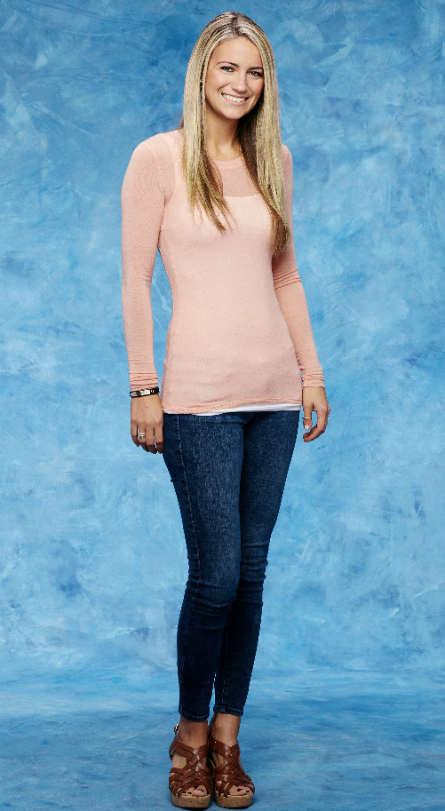 Tiara is a twenty-seven-year old chicken enthusiast. She said “chickens are like my babies.” 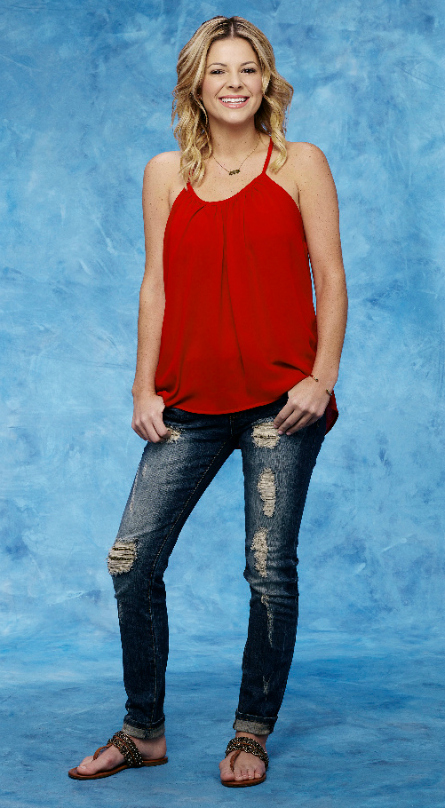 Samantha is twenty-six years old from Florida who has recently graduated from law school. Her Dad had ALS.

Through a line of questioning from Samantha, a lawyer, viewers learned that Ben wears briefs! MORE from “The Bachelor” premiere episode including the return of Amber and Becca, SPOILERS! http://hllywdjnkt.co/1PH7bWV 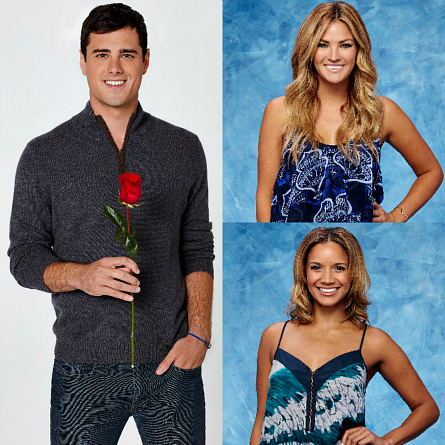