THE NEWLYWED GAME: Blasts From the Game Show Past! 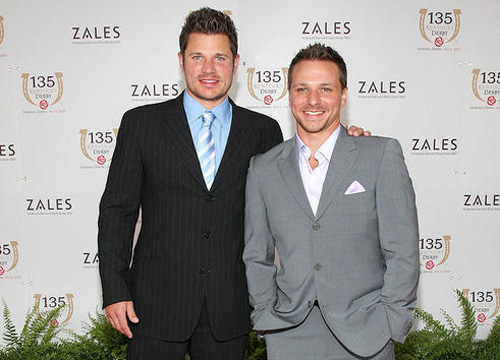 Following in his brother’s footsteps, Nick Lachey who hosted the popular A cappella singing contest show, “Sing Off”, Drew Lachey was much in his element on the set which was built on one half of the set of Nickelodeon’s “Brain Surge” show.

This new show called “Eye For Talent” has three contestants that must judge guests who are brought out on to the stage one-by-one to showcase their ability which may or may not merit as talent. Contestants are seated in chairs off-stage on a separate podium stage in the same fashion as judges on “American Idol”. These contestants are given factual information about each performer by Lachey. Then based on that information, along with performers’ appearances contestants must wager their vote BEFORE seeing them perform their acts.

After guests performances, the studio audience scores each one as “talented” or “talentless” by texting their vote via cell phone (“vote 1” for talented and “vote 0” for talentless). Whichever wins the popular vote determines the amount of money each contestant wins.

A total of eight performers were brought out for each episode. Some acts included the following: guitarist, contortionist, singer, male dancer, and a pizza tosser. Some were talented, some were not. More updates on if this show gets picked-up.