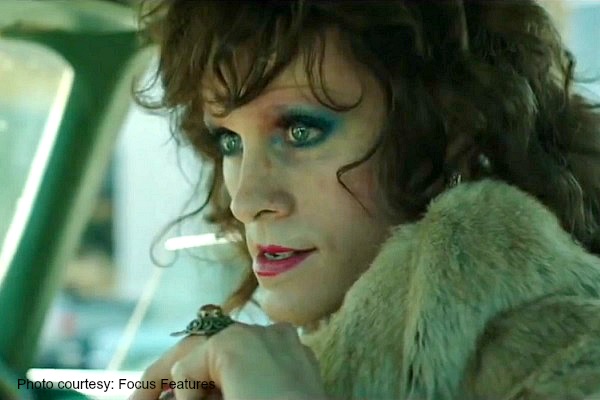 Star of “The Dallas Buyers Club” Jared Leto talks about his role as Rayon during an American Cinematheque Q&A session.

After a special screening of Director Jean-Marc Valee’s Dallas Buyers Club at the famous Egyptian Theater (American Cinematheque) in Hollywood Oscar Nominee Jared Leto graced the audience and answered a few questions about the film. Leto, who plays a transgender woman with HIV named Rayon, is the supporting actor to Matthew McConaughey’s homophobic character Ron Woodroof. The pairing couldn’t be odder yet makes for one of the most captivating onscreen duos I have ever seen. The film is based on the real life experiences of Ron Woodruff surrounding his life beginning in 1985 after he was diagnosed with HIV and told he only had 30 days to live. 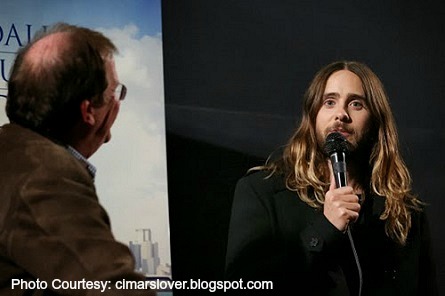 Jared Leto, who is also the lead vocalist in a very successful band named “Thirty Seconds To Mars”, had not acted in a six years prior to the film. His band was at the top of their game and he had no motivation to act until he came in contact with the Dallas Buyer’s Club script and was pulled in by the story and characters.

After a Skype audition in which he basically flirted with the director as the character Rayon he had the job. When asked about the long time in between films and what made him want to be a part of it he fell in love with the script. He believed the story was important and showed him a side of the world he had never seen before. Jared also talked about how he fell in love with the character who was such a dreamer full of beauty and grace. According to the actor the life he lived during his absence of the film world actually helped him play Rayon because of different experiences he has had and different people he has met.

He actually recommended all actors to take a break to pursue some other fields and passions as it can broaden your knowledge of the world. He feels as if it was the best thing he ever did. “It teaches you, it inspires you, and you take that and you’re a better person for it.”

The most difficult scene for him to shoot was a scene where he went to see Rayon’s father and for the first time was not dressed in woman’s clothing but instead wearing a man’s suit. He feared without the clothing he would lose the character and ironically he says “for the first time I felt like I was in drag” because dressing in a suit was not who Rayon was.

In regards to how he chooses between different projects and passions he stated: “I act from on my instincts from my gut, my head, my heart… I’m compelled to make things. I’ve always been like that since I was a young kid. Whether it’s directing, or acting, or making music it all comes from the same place. Panic and fear.” He also stated “To be an actor, to be a director, to be an artist, to be a musician is not something you negotiate within yourself. You are compelled beyond a reasonable doubt or you don’t do it… It can be the absolute worst thing ever and it can be a miracle.”

This may sound crazy but the Golden Globe winner actually doesn’t even feel like an actor although he does know what it takes to be a great one saying; “Really good actors are great liars. But really great actors tell the truth.” Telling the truth is exactly what Leto does with every roll. So much so that characters stick with him long after films are wrapped. “You leave a piece of yourself up there. That may be one of the reasons I don’t make that many films because they just tear you apart inside and out…Other people have other jobs that do that whether it’s a painter or doctor or something else sometimes it just tears you up and you need to recover.”

A man whose film work also includes “Requiem For a Dream”, “Panic Room”, and “Chapter 27” amongst other films and has been acting since the 90’s does not feel like a veteran either. “I feel like in a lot of ways I have started again… as an actor this is the beginning” And if this is the beginning I’m sure I speak for most of us when I say I’m excited about what’s to come.